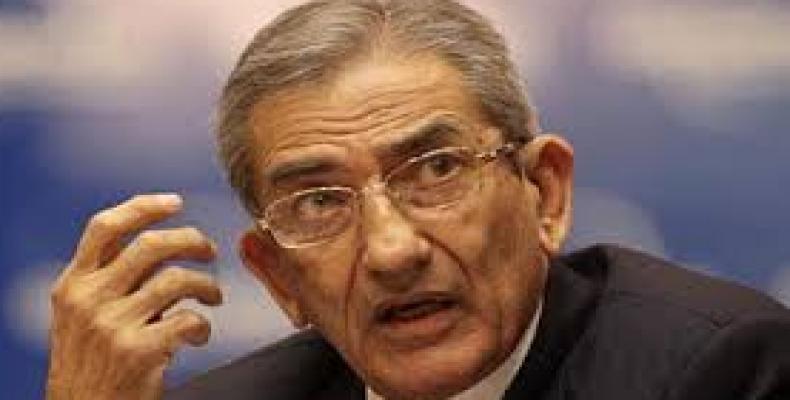 Balaguer is in El Salvador, invited to the 1st FMLN congress, which concluded on Sunday. In statements to Prensa Latina news agency in San Salvador, the Cuban political leader expressed satisfaction at participating in the meeting, which he said demonstrated the strength of the political organization, the unity it promotes and its determination to transform the Central American country for the benefit of its people.

The 1,800 delegates at the 1st Congress of the Farabundo Martí National Liberation Front demanded the immediate lifting of Washington's blockade policy towards Cuba and the return of the U.S. illegally occupied portion of Cuban territory in Guantánamo to its legitimate owners: the Cuban people.