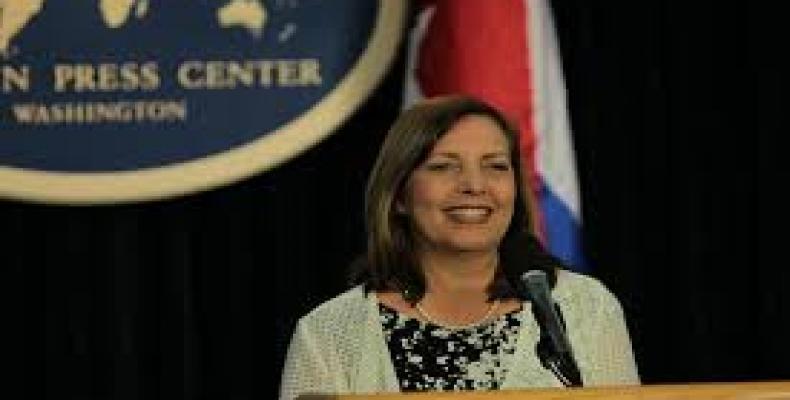 Washington, November 11 (RHC)-- During the second meeting of the Cuba-U.S. Bilateral Commission in Washington on Tuesday, the island's representatives reiterated the need to lift the over-50-year economic, commercial and financial blockade as a priority to advance the normalization of bilateral relations.

Josefina Vidal, head of the U.S. Division of the Cuban Foreign Ministry, told reporters that Cuba "insisted on the lifting of the siege, given the damage it inflicts on the Cuban people and on economic and commercial relations between the two countries and with third parties."

Vidal headed the Cuban delegation to the meeting of the bilateral commission, which was set up to advance the normalization of relations between Havana and Washington, as announced in December last year by Presidents Raul Castro and Barack Obama.

According to Vidal, during the meeting held at the U.S. State Department, the Cuban delegation discussed other aspects that run contrary to its sovereignty, which must be addressed and resolved to achieve normal relations.

The return to Cuba of the eastern territory occupied by the U.S. naval base in Guantanamo and the elimination of illegal radio and TV transmissions to Cuba aimed at regime change were two of those aspects mentioned by Vidal.

The Cuban official said that the meeting was held in a constructive and respectful environment and allowed reviewing previous agreements adopted in September in Havana related to issues of mutual interest.

“We looked at the steps we have taken thus far, which can lead to concrete accords on areas like the re-establishment of regular flights, environmental protection, the resumption of direct postal services and the fight on drug trafficking,” she explained.

Other aspects analyzed at the meeting included recent high-level visits to both countries and others that will take place. The Bilateral Commission will hold another session in February 2016, in Havana.