Antigua and Barbuda Wants to Deepen Relations with Cuba 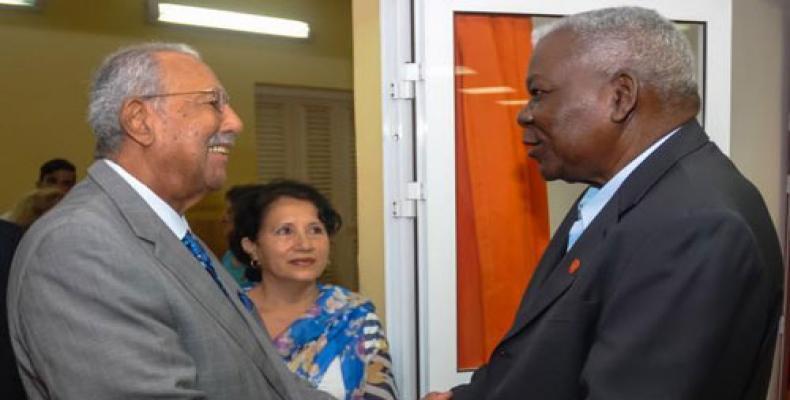 Havana, November 12 (RHC)-- The Speaker of Antigua and Barbuda's Chamber of Deputies, Sir Gerald Watt, reiterated in Havana his country's interest in deepening friendly and cooperation relations with Cuba.

Speaking to reporters shortly before a meeting with Cuban Parliament President Esteban Lazo, the Antiguan lawmaker said that previous and new generations are growing in an environment marked by the support of the Cuban government and people.

He said that bilateral relations between the two countries are very strong and he thanked the Cuban government for its support of Antigua and Barbuda, since the island's assistance is unquestionable and very valuable, particularly in the health area, he noted.

Lawmaker Watt said that the previous and the current administration in his country have urged Washington to lift its over-50-year economic, commercial and financial blockade of Cuba.

Watt referred to negotiations with the Cuban Education Ministry to have the assistance in his country of Cuban Mathematic teachers.

Meanwhile, Cuban Parliament President Esteban Lazo expressed his country appreciation for Antigua and Barbuda´s support of Cuba´s demand against the U.S. blockade. “We expect to keep having your support in these complex times, marked by a multi-crisis,” said Lazo as he explained that the current crisis has a severe impact on the areas of economy, energy, food, culture, and the environment.