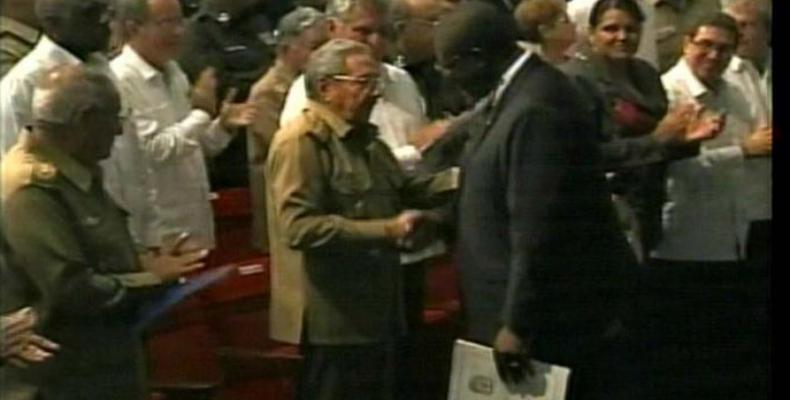 During the ceremony, President Raúl posthumously awarded the honorific title of Hero of the Republic of Cuba and the Máximo Gómez Order to Cuban internationalist combatants Raúl Díaz Arguelles and Víctor Shueg Colás.

Cuban Interior Minister Carlos Fernández Gondín was also presented with both distinctions, while the head of the political division at the Interior Ministry, Romárico Sotomayor, was given the title of Hero of the Republic of Cuba and the Playa Girón Order.

On hand at the gala Wednesday afternoon were Angolan diplomats and Cuban internationalist fighters who fulfilled missions in Africa.

Meanwhile, Cuban Vice President Salvador Valdés Mesa is in Luanda, heading the country's official delegation invited by the Angolan parliament to attend activities there on the 40th anniversary of independence.