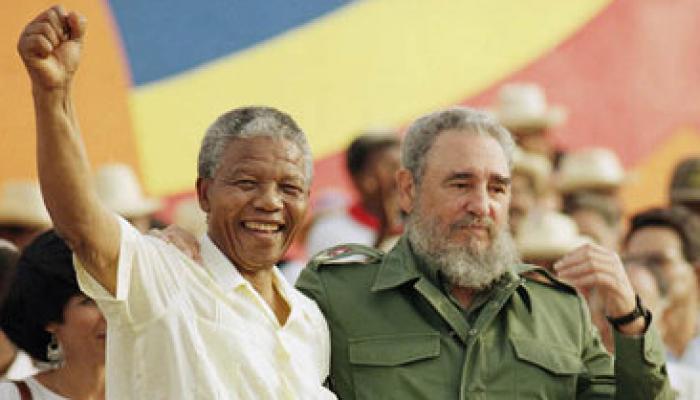 Havana, December 10 (RHC)-- South African Ambassador to Cuba Naphtal Manana said in Havana that Mandela’s friendship towards Cuba and its leaders will continue to deepen bilateral relations between both nations.

Relations between our two nations have their roots in the contribution by Cubans to the struggle against Apartheid in South Africa and in the friendship between Commander in Chief Fidel Castro and Mandela, said the ambassador, recalling the role played by Cuba in the defeat of racism and colonialism in Africa.


Ambassador Manana also stressed the support given by Fidel Castro to the anti-Apartheid leader during his 27 years in prison, and he went on to say that after Mandela was released from jail, Cuba was the first country he visited to express his appreciation.


The diplomat recalled that Mandela once made it clear in Washington that he did not tolerate the blockade against Cuba.
He expressed his wish that the U.S. people make the dream of the  African leader theirs, and urge their government to lift such an unfair policy.