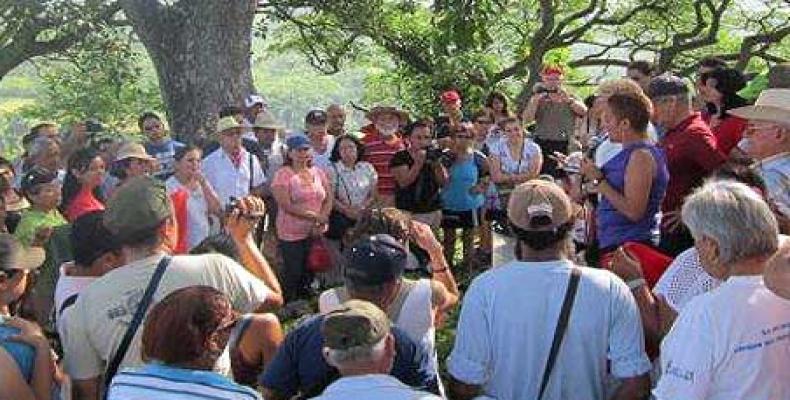 Havana, January 25 (RHC)-- The welcoming ceremony for the 23rd contingent of the South American Solidarity Brigade took place Monday at the Julio Antonio Mella International Camp, located in Caimito, in the western province of Artemisa.

Kenia Serrano, President of the Havana-based Institute of Friendship with the Peoples (ICAP) said the group is made up of over 200 activists from Argentina, Brazil, Chile, Paraguay and Uruguay.

They will attend the international conference 'With All and for the Good of All', which runs through Thursday at Havana's Convention Center, and they will also participate alongside Cuban university students in the traditional torchlight march at midnight, on January 28th, to pay tribute to National Hero José Martí on his 163rd birthday anniversary.

Other activities on the agenda of the 23rd contingent of the South American Solidarity Brigade include meetings with Cuban authorities, young students and workers, and visits to places of interest here in Havana, as well as in Villa Clara and Santiago de Cuba provinces. The visit concludes on February 7th.