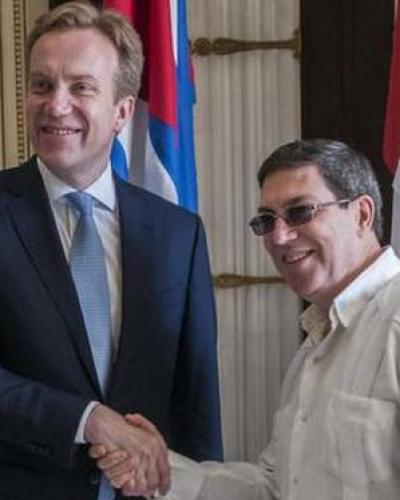 Havana, February 23 (RHC)-- Cuban Foreign Minister Bruno Rodriguez has met with his Norwegian counterpart, Borge Brende, who is on a working visit to Havana.

During the meeting, Rodríguez and Brende discussed the progress of Colombian peace talks underway in the Cuban capital and analyzed other international issues of interest.

The Cuban foreign minister pointed to the positive state of bilateral relations between Cuba and Norway and thanked his Norwegian counterpart for his country's position against Washington's economic, commercial and financial blockade of the island.