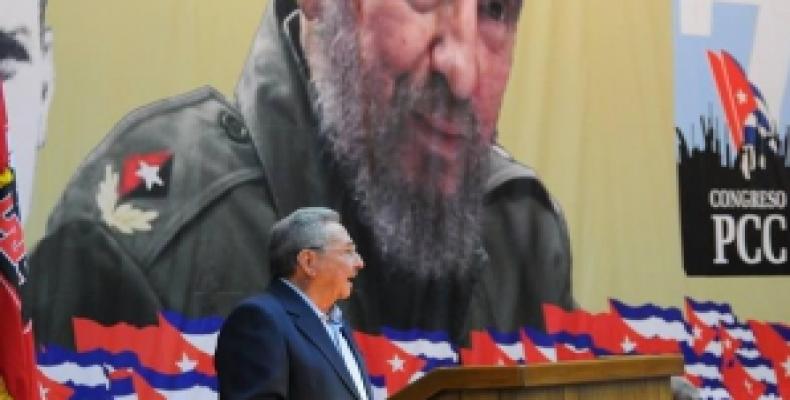 Raúl Castro, who is also the Party's First Secretary, presented a report on the work of the political organization, a document that reviews the country's economic performance since the previous congress, the sixth such gathering, held in 2011.

The 7th congress is being attended by some 1000 delegates, party members representing all of Cuba's social, labor and economic sectors, and 280 guests.

The Program for Economic and Social Development through 2030: Strategies, Objectives and Prioritized Sectors will also be amply debated by the congress delegates.

The development program, on which Cuban communists have been working over the past five years, focuses on solving structural problems that persist in the country's economic sector.

During his address this morning, Raul Castro defended Cuba's right to continue with its single party democracy, stressing that the party needed to be based on free discussion, eliminating formalism, and boosting citizen participation.

Also during their congress, the Cuban communists will review the state of implementation of the economic and social guidelines approved during the previous PCC congress.

The 7th Congress of the Cuban Communist Party runs through Tuesday, April 19th, when delegates will elect the members of the Party's Central Committee, the Political Bureau, as well as the first and second PCC secretaries.