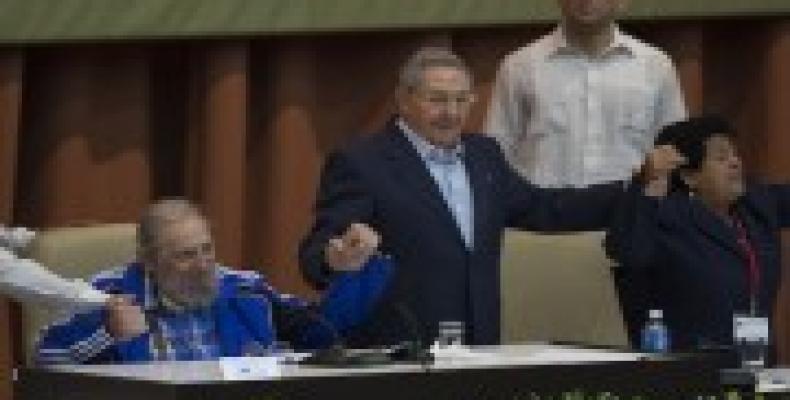 Havana, April 19 (RHC)— The first secretary of the Central Committee of the Communist Party of Cuba, Raul Castro, was re-elected to that post during the last day of the Seventh Congress of the organization, which closed in Havana on Tuesday.

The Political Bureau of the Communist Party of Cuba also includes five new members. They are: Secretary General of the Confederation of Cuban Workers, the CTC, Ulises Guilarte; Health Minister Roberto Morales; the Rector of Cuba’s University of Computer Sciences, Miriam Nicado; Secretary General of the Federation of Cuban Women, the FMC, Teresa Amarelle; and Marta Ayala, Deputy Director of Cuba’s Genetic Engineering and Biotechnology Center.

Addressing the Congress’ nearly 1,000 delegates and 280 invited guests, Raul Castro said that the newly elected 142- member Central Committee has an average age of 54.5 years, younger than that of the previous 2011 Congress.

Raul noted also that women's representation in the Central Committee grew compared to the previous Congress and stood at 44 percent, with Blacks and mestizos standing at 36 percent.