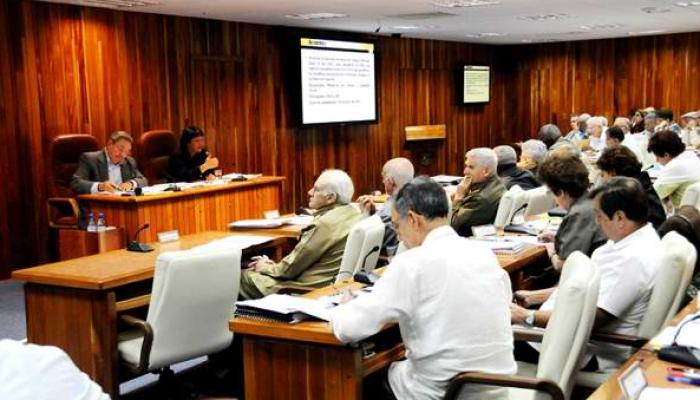 Havana, December 19 (RHC)-- The Cuban Council of Ministers adopted a group of new policies to improve the performance of different sectors, such as education, health and foreign trade. During the session, the President of the Councils of State and Ministers Raul Castro stressed the need to keep enforcing institutional order to keep recovering order, discipline and control.

A proposal to improve the attention that the Central Government must give to local administrations was analyzed by the Council, which considered and approved the setting up of an auxiliary body under the Council of Ministers, which attends to such local government offices and their performance.

The meeting also considered a proposal to guarantee the necessary human resources and the maintenance of the infrastructure in the higher education system, which now includes 67 institutions and 120 entities dedicated to technological projects.

Raul Castro said called for the drawing up of a long-term plan of action to address the necessities in the sector. Such plan will help actions to mange the current human resources in a better rational manner.

Council of Ministers' vice-president Marino Murillo said that based on the high demand of Cuban medical services and the advancement in the pharmaceutical sector, it is necessary to increase the exports of these services to guarantee sustainability of the health system and make  a larger contribution to the economy.  He added that several commercial modalities have been considered, including offering medical attention in Cuba, academic courses and others related to optical products, pharmaceuticals and natural medicine, as well as scientific events.