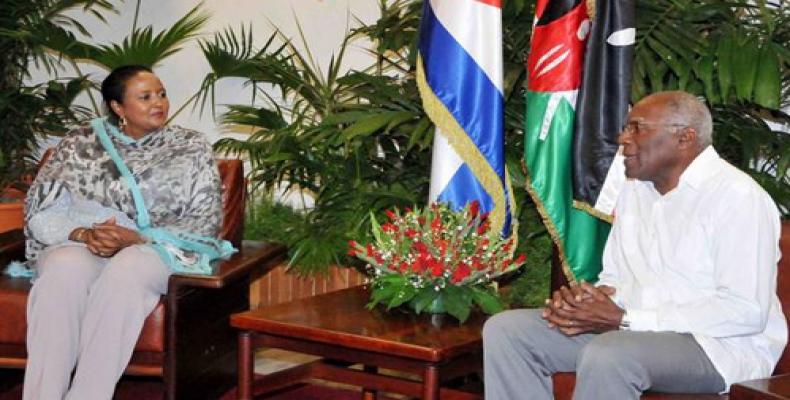 Havana, April 27 (RHC)-- Vice President Salvador Valdés Mesa, received the honorable Dr. Amina C. Mohamed, Minister of Foreign Affairs and International Trade of the Republic of Kenya, who is currently on an official visit to Cuba.

During the cordial meeting, the two dignitaries discussed opportunities to expand bilateral relations, specifically in the fields of the economy and trade and addressed topics on the international agenda.

The Foreign Minister conveyed a message from the President of the Republic of Kenya to his Cuban counterpart.

Prior to his meeting with the Cuban vice president, the visiting minister of foreign affairs and international trade of the Republic of Kenya was received by Cuban Foreign Minister Bruno Rodríguez. During the exchange, Minister Amina Mohamed stated that her visit will contribute to maintaining solid, stable relations between the two countries.

She recalled the historic ties, which unite her nation and the entire African continent with Cuba, in particular the support offered by the Caribbean state during the second half of the twentieth century.