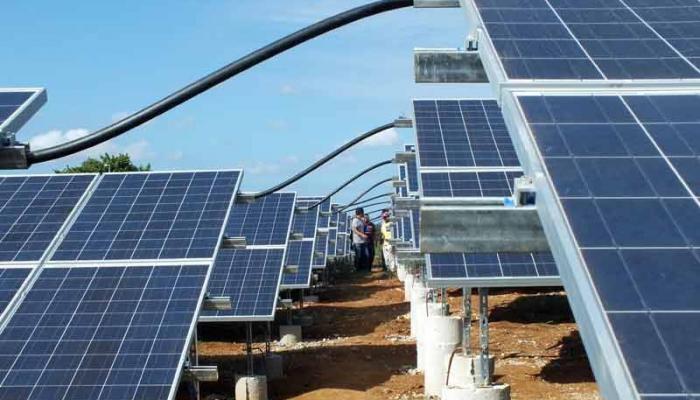 Sancti Spiritus, May 5 (RHC-ACN) -- The first photovoltaic solar park installed in the province of Sancti Spiritus, as part of a national program aimed at using renewable sources for electricity generation and distribution is on its completion phase.

Misael Rodriguez, chief investment officer of Sancti Spiritus Electric Company, told ACN that the work - scheduled to conclude at the end of the month - has 525 solar panel modules, which will allow saving 0,25 gigawatt-hours (GWh) a year.

Rodriguez said the park, built in the municipality of La Sierpe, covers an area of 2.5 hectares and will enable to replace the monthly energy consumption by 105 houses, taking 200 kilowatt-hours per month as the provincial average consumption per residence.

He noted that more than 1,600 tons of carbon dioxide will stop being sent into the atmosphere each year with the operation of the park, and added that in the future its incorporation into the Cuban Energy Grid is expected.

The executive said that the entry into service of this facility will reduce also the loss of 1.06 GWh per year for distribution and processing in the area, which means the country will save approximately 35,000 Cuban pesos (CUP).

It is intended to build a similar facility in the area of Venegas, in the municipality of Yaguajay, which would add to the efforts of the nation to increase the use of renewable energies.