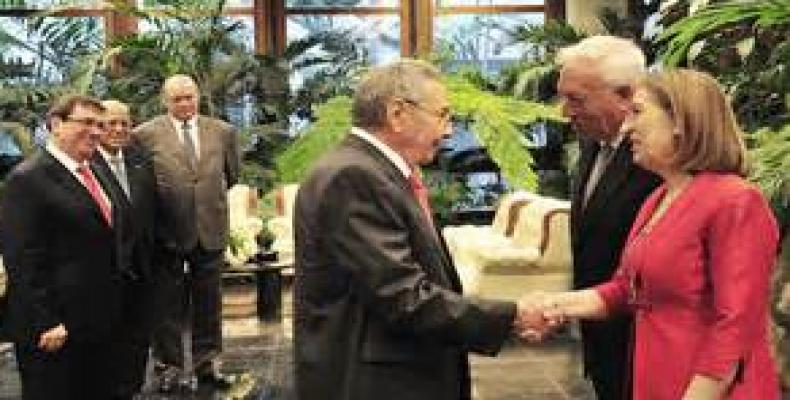 Havana, May 17 (RHC)-- President Raúl Castro met in Havana on Monday with José Manuel García-Margallo, Minister of Foreign Affairs and Cooperation of Spain, who is paying an official visit to Cuba.

During the meeting, Raúl and García-Margallo exchanged on what they both termed as positive links between Cuba and Spain and expressed both governments' willingness to work towards strengthening bilateral ties. In that sense, the two sides also acknowledged that the recent signing in Madrid of agreements to re-structure Cuba's middle and long-term debt with Spain constitute a significant step forward towards that end.

The Cuban head of state and the Spanish foreign affairs minister also discussed several issues on the international agenda.