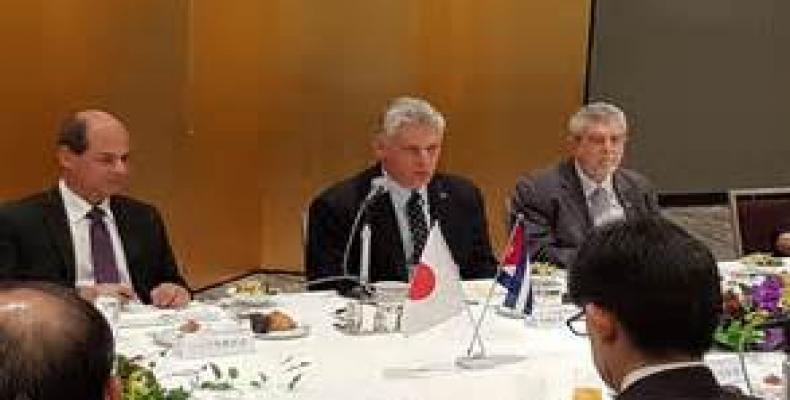 At the city's Atomic Bomb Museum, Díaz-Canel and his delegation paid tribute to the victims of the what he described as “an unnecessary, morally unjustifiable crime”. In the visitors' book, the Cuban vice president wrote: “We must never forget this dark chapter of human history.”

The Cuban vice president and his delegation were received by Matsui Kazumi, Mayor of Hiroshima. During the exchange, Díaz-Canel pointed to the importance Cuba grants to the diversification and strengthening of its political, economic, commercial, financial, cultural and cooperation relations with Japan.

As part of his visit, which concludes on Friday, the Cuban official has already held talks with Keiji Furuya, chairman of the Japan-Cuba Friendship Parliamentary League and with representatives of the Japan-Cuba Economic Conference, whom he invited to participate in Cuba's current trade dynamics.