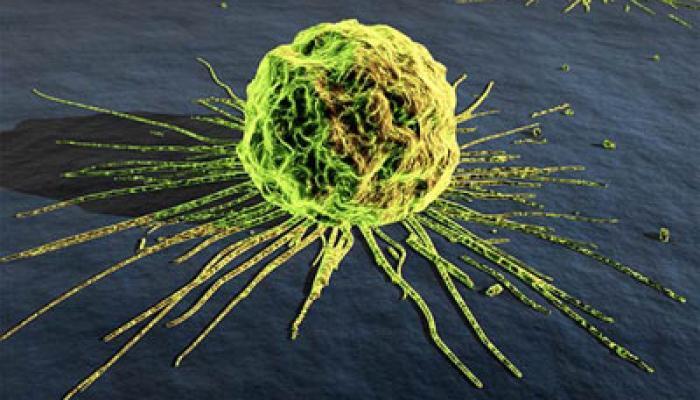 Massachusetts, October 21 (RHC-Agencies)- U.S. researchers have said they have developed a synthetic "gene circuit" that triggers the body's immune system to attack cancers when it detects signs of the disease.

The circuit will only activate a therapeutic response when it detects two specific cancer markers, according to Timothy Lu, associate professor of biological engineering and of electrical engineering and computer science at the Massachusetts Institute of Technology.

The approach, billed as an advance that may open new pathways for cancer immuno-therapy has been demonstrated successfully in several recent clinical trials.

The experts built the circuit encoded in DNA based on principles similar to the simple AND gates used in electronics, which will only switch on a circuit when two inputs are present.

When the circuit is delivered to cells in the affected area of the body using a virus, the synthetic promoters will bind to certain proteins that are active in tumor cells, causing the promoters to turn on.

This allows the circuit to target tumors more accurately than existing therapies, as it requires two cancer-specific signals to be present before it will respond, they said.

When the researchers tested the circuit in vitro, they found that it was able to detect ovarian cancer cells from amongst other noncancerous ovarian cells and other cell types.

They then tested the circuit in mice implanted with ovarian cancer cells, and demonstrated that it could trigger T cells to seek out and kill the cancer cells without harming other cells around them.

Finally, the researchers showed that the circuit could be readily converted to target other cancer cells, including those from breast cancer.