Cuba's anti-viral vaccine candidates are on track for implementation 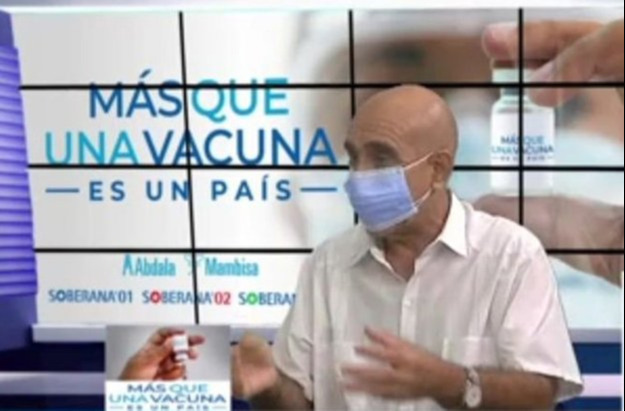 Havana, March 30 (RHC) Of the five vaccine candidates available in Cuba, two of them, Soberana 02 and Abdala, are in Phase III clinical trials, in addition to a controlled intervention study which, in the case of Soberana 02, began a week ago in Havana, and this Monday started with Abdala.

Dr. Rolando Pérez Rodríguez, Director of Science and Innovation of the BioCubaFarma Business Group, reported on television on these trials' progress.

Meanwhile, with the Abdala trial, in the territories of Granma, Santiago de Cuba and Guantánamo, of the 48 000 volunteers, 19 524 (40.7%) had already been vaccinated.

He also informed that in April, the request for authorization to start Phase II clinical trials with the Soberana 01 vaccine candidate in Cienfuegos should be submitted to the Center for the Development of Medicines and Medical Devices (CECMED), as well as starting studies with the Soberana 01 and 02 candidates in the pediatric population.

The plan is to start with school ages, in a first stage with adolescents from 12 to 18 years old, and then incorporate children from 5 to 11 years old, said Pérez Rodríguez.

He clarified that as long as the clinical studies and registration are not concluded, we are talking about vaccine candidates, not vaccines.

"We will have vaccines when we obtain authorization for use by the Cuban regulatory agency. Then the massive vaccination campaign will really take place," Perez Rodriguez said.

Likewise - he explained that no vaccine has one hundred percent protection. That is why he insisted that the standards of distancing and protection should not be left aside, as long as the whole process of clinical trials is developed.

"Even if we have a vaccine with a high percent efficacy,  to achieve population protection, there needs to be a higher coverage of the vaccinated population," he stressed.