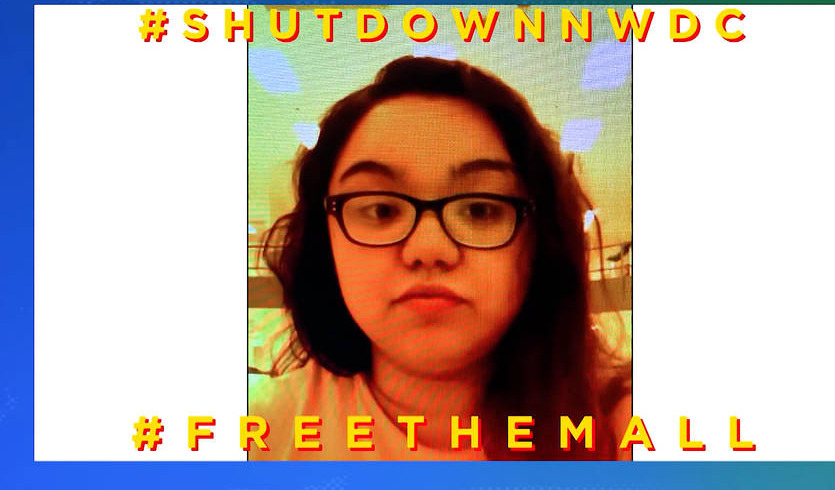 Gaby Parra Perez is one of the hunger strikers at Northwest Detention Center.

Seattle, November 24 (RHC)-- In Tacoma, Washington, the immigration rights group La Resistencia is reporting at least seven prisoners at Northwest Detention Center have gone on hunger strike following the alleged assault earlier this week of a 19-year-old prisoner, when a guard reportedly put their knee on the teen’s neck.

At least four other prisoners were placed in solitary confinement in retaliation for speaking up against the attack, according to the group, including a 62-year-old prisoner who has cancer and other serious health problems.  This comes as prisoners continue to fight for their release during the pandemic.

Gaby Parra Perez, one of the hunger strikers, speaking from Northwest Detention Center where she’s been imprisoned for nearly one year, told reporters: “I want to be released, to be able to deal with this with my family.  At 26 years old, I should not be having high cholesterol.  I should not be having half of these medical issues that I have only because I have been in here. … It is not mandatory for us to be in here. Half of the people that are still here don’t have a single thing on their criminal record.  Others, they’ve lived in the United States for more than 20, 25 years.  And so, I know that it’s not — independently of what a judge has said, ICE has a decision to let us all go.”

In other immigration news from the United States, nine immigrants being held at the Bergen County Jail in New Jersey have been on hunger strike for nearly two weeks.  The prisoners are demanding their release amid growing concerns over the spread of COVID-19 in the crowded and squalid facility.  Several of them have health problems, including kidney disease, making them more vulnerable to worsening COVID symptoms.