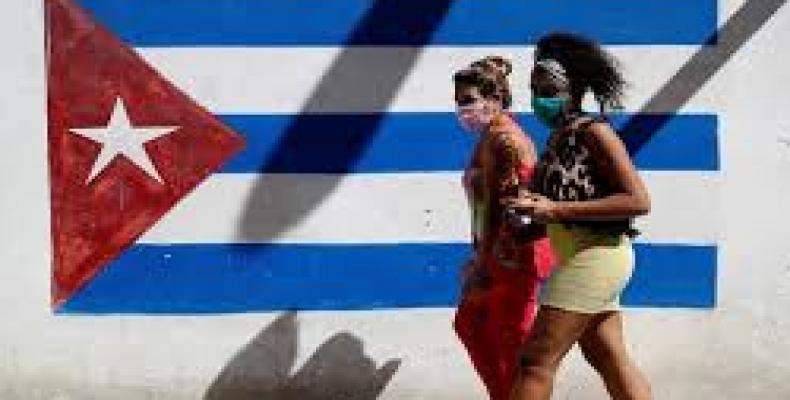 In today’s “This week in Cuba,” we review, first, the beginning in Cuba of the first phase of the post-COVID stage of recuperation; secondly, the evolution of the Covid-19 pandemic in Cuba during the week; and thirdly, an article in the Cuban daily newspaper Granma, entitled “After George Floyd.”

Cuba initiated the first of three planned phases of the post-COVID stage of recuperation on Thursday, June 18. The implementation of the first phase applies to thirteen provinces and the Isle of Youth, and it does not include the Province of the City of Havana nor the province of Matanzas. The government’s decision was based on health indicators that had been determined previously by an advisory council composed of government ministers and scientists and researchers in the health fields as well as other areas of specialization. These indicators include the number of actives cases and newly confirmed cases as well as the infection rate per 100,000 population. Havana is the epicenter and the tail of the epidemic in Cuba, so it is not ready to begin the first recovery phase. Matanzas has been evolving favorably, but it has not satisfied all the health indicators. In contrast, the remaining thirteen provinces and the Isle of Youth have not had a single confirmed case in more than fifteen days.

During the first phase of recovery, face masks are required when leaving the home and in all places of work. Health regulations such as frequent hand washing remain in force. Physical distancing continues to be required. Concentrations of persons are prohibited. Police are responsible for enforcing these regulations, and they have the authority to impose fines. The active inquiries that have been searching for asymptomatic cases continue.

In the first phase, the two major state-owned retail chains will be open for the sale of clothing, footwear, and electrical appliances. Restaurants and cafeterias are permitted to open, but operating from 30% to 50% capacity, depending on conditions, in order to maintain physical distancing. Restaurants and cafeterias can continue to offer take-out services that were established during the period of restrictions. Bars are permitted to reopen, but with physical distancing, and dancing with concentrations of persons is prohibited. Parks, zoos, aquariums, and botanical gardens are opened, but with 50% of capacity. Swimming pools and beaches are open, but with strict regulations to maintain physical distancing.

For Cubans and foreign residents in the provinces where the first stage has begun, the Cuban hotel chain Islazul has opened. A medical team is present in each hotel, and temperatures of guests and workers are to be taken daily. Workers are required to wear face masks. Hotel pools will be operated at fifty percent capacity. For hotel guests traveling from another province, transportation will be provided directly to the hotel, inasmuch as interprovincial travel is not permitted during the first phase. International tourism will be initiated in the second phase, and it will be confined to the coastal keys during the phase. International tourism will return to normal in the third phase, but under the regulations of a “new normal.”

(2) The tendencies of the pandemic

In the daily press conference of the Ministry of Public Health on June 19, Dr. Francisco Durán, Director of Epidemiology of the Ministry of Public Health, reviewed the evolution of the pandemic in Cuba, presenting a chart that indicates the number of new cases for each week, beginning with the first cases on March 11. The chart shows that the number of cases in Cuba reached a peak during the month of April, followed by a rapid decline in cases during the first three weeks of May. There then occurred an increase in cases for two weeks at the end of May and the first days of June, caused by outbreaks in particular localities that resulted from non-compliance with the health measures, an interpretation that has been made as a result of an investigation of the confirmed cases. For the last two weeks, the number of cases has fallen, so that the weekly totals for the last two weeks are less than what they have been since March. Durán expressed confidence that the number of cases will continue to fall, if the people continue to comply with the health measures.

From March 11 to June 18, Cuba accumulated 2,305 confirmed cases, of which 2,037 have been discharged from the hospital, 85 have died, two have been evacuated to their countries, and 181 remain active cases under hospital observation and treatment. Approximately 54% of the cases were asymptomatic at the time of their testing positive. Cuba has been actively searching for asymptomatic cases, with the result that, in the last two weeks, the percentage of asymptomatic cases of the previous fifteen days has been nearly 80%.

(3) In Cuba, reflection on what happens “After George Floyd”

In an article in the June 15 issue of the Cuban daily newspaper Granma, entitled “After George Floyd,” Victor Fowler Calzada reflects on the killing of a black man by a white police officer. He writes: “Racism is neither brief nor episodic, but structural and continuing, in diverse forms; and beyond the momentary violence against an African-American person, the question (and the consequences of the response) ought to point to the global order. If we change the procedures and comportment of police departments (for example, the use of strangulation techniques that the French government has prohibited for its agents), what do we do about the production of (national and global) inequality that is a characteristic of the system?”

Fowler asks: “What can be done about the logic of an economy that drives the system to keep producing, without stopping for a second, inequality and outrages? What happens when we extract the facts from its micro-local context on a street corner in Minnesota, and we project it onto the global scene of the economic-political-military relations between the consuming United States and the providing Third World countries?”

“These are questions,” Fowler writes,” that have to do with property relations, distribution and unequal exchange, slavery, migrations, invasions, revolutions, protest, fragmentation, the silence of the media, political manipulations, poor countries and rich countries, oppression, alliances, deaths near and far, famine, civil wars, underdevelopment, drones, cybernetic vigilance, and much more. Because in the murder of Floyd, like in a seed, all is contained.”

Fowler is here pointing to the need to see the issue of racism in a larger historical and global context, which is a very much of a Cuban way of thinking, for Cuba has learned to see its own struggle for national liberation in the context of a larger struggle of humanity for social justice. When I was a young man, in the early 1970s, I was educated by African-American scholars at the Jacob Carrruthers Center for Inner City Studies in Chicago. They taught me to think of white racism in the context of the historical global process of white colonial domination of the world, and to understand that the black struggle for liberation had to be for the transformation of those global structures that were a legacy of colonialism. This insightful lesson has been reinforced by my experiences in Cuba. Therefore, I have been disappointed by the protests over the death of George Floyd, where this lesson seems to have been ignored, where a tragic event that is a consequence of multi-dimensional factors is being portrayed in a unidimensional form. It cannot be ignored that this reduction to the single dimension of white racism is in the interests of the power elite.

It is a question of leadership. The people are in spontaneous rebellion, and they must be led to a broader view, so that they can be further led to the taking of political power and to the attainment of their liberation by and for themselves. And I refer here to all of the people; white, black, and brown; men and women; workers and professionals; who must be united in order to accomplish that structural transformation that is necessary for the defense of themselves.