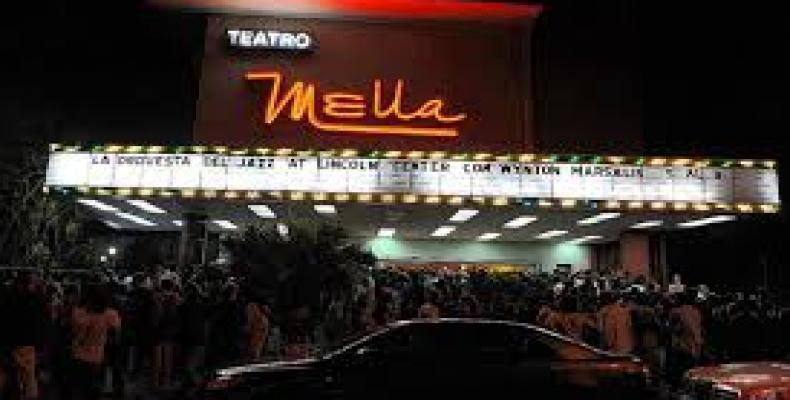 Located on Calle Linea # 657 entre A y B, Vedado, and site of the old Rodi Theater, El Teatro Julio Antonio Mella, known in English as the Mella Theater was refurbished in 2000. The 1 thousand 500 hundred seat theater has a Gaudi-esque feel with a balcony that wraps around the auditorium. The Mella is home to the Conjunto Folklórico Nacional de Cuba, and both circus and variety shows are presented at different times.

The theatre gets its present name from Julio Antonio Mella, 25 March 1903 to 10 January 1929, who was one of the founders of the Cuban Communist Party and who was assassinated in Mexico.

In August of 2014 Havana joined in the celebration of the 4 hundred and 50th anniversary of William Shakespeare’s birth with the first visit of the famed London theater group The Globe and its performance of Hamlet. The Globe twice presented Hamlet at the Mella Theater as part of the world tour that began in the April of that year in London.

The Mella Theater in Havana was the first Spanish-speaking venue chosen by the company, which during the performance helped the audience understand the actors with subtitles shown on a screen.

The original Globe Theater where Shakespeare’s plays were first performed was built in 15-99 on the banks of the River Thames.