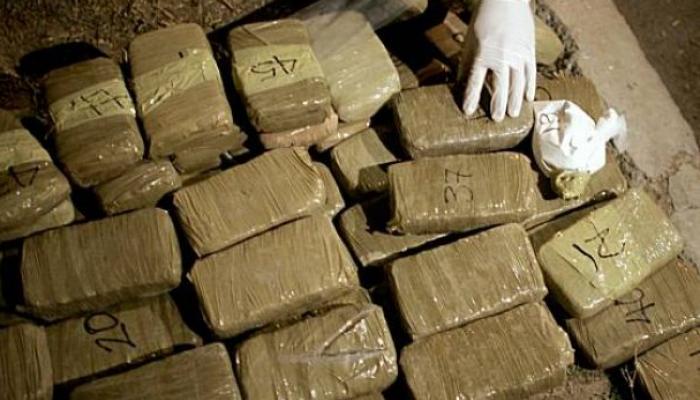 The World has witnessed a rapid increase in the number of people who consume illegal substances. Drug trafficking is a profitable business, generating billions of dollars as it claims thousands of lives around the globe.

This is a reality from which Cuba has not be able to escape. Because of its geographical position, right on the path of the drug route from South America to US shores, drug laden planes cross the Cuban air space every day and vessels approach the thousands of miles of the Cuban coast line, searching for a place to land and hide some of their illegal cargoes.

The Cuban Government has prioritized the struggle against drug trafficking. At entry points to the nation, Customs are increasing their preparation and modernizing their equipment to detect attempts to introduce drugs or illegal weapons. Trained Customs personnel is present at every entry port in the Island, whether by sea or air, where not only incoming visitors, but also their luggage, as well as all other cargos and postal packages, are inspected. In 2013 the Cuban Customs frustrated 43 attempts to introduce illegal drugs in the country, up from the preceding year. 35 of these attempts last year were at Havana's Jose Martì International Airport, the main aerial gateway to the country.

Cuba is also a member of a Coordination and Cooperation Mechanism on Drugs signed between the European Union and countries in Latin America and the Caribbean. Cuba is likewise active in United Nations bodies that promote international cooperation on drug traffic control.

Despite the fact that the United States is the biggest drug market in the world and receives the majority of the illegal drug traffic, Washington has consistently refused to accept proposals by Cuba for close cooperation in this field. American society would. of course, be the largest beneficiary of such an agreement.

While maintaining close vigilance in its borders, Cuba conducts a a nation-wide educational campaign against drug use and its tragic consequences.

The Cuban medical system is always ready to attend drug patientsand to provide an effective combination of control, help and prevention, that has lead to a nation virtually free of this international scourge.