Fernando Gonzalez: &quot;I know that I’ve been imprisoned for an honorable cause&quot; 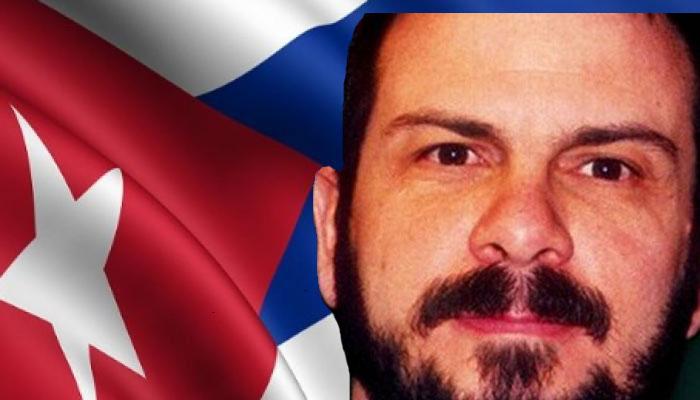 Fernando González, one of the five Cuban antiterrorist fighters unjustly imprisioned in the United States, is not morally nor physically destroyed, as his jailers and the Miami mafia would have liked.

In fact, their firmness and gallantry and that of his compatriots during and after the trial earned dervedly the title of Heroes of the Republic of Cuba.

Fernando often repeated his desire to live in his country with his family and compatriots, after serving his sentence of fifteen years on trumped up charges simply to satisfy Miami Maffia’s hatred of Cuba.

Fernando has spent almost 15 years in jail because he and the remaining 4: Gerardo Hernàndez, Rene Gonzalez, Ramòn Labañino and Antonio Guerrero were warning Cuba of  terrorist plans by extremist CIA led groups in Southern Florida.

Fernando’s courageous, valiant work thwarted some of the terrorist plans by the CIA oriented groups in Florida against Cuba plans that also would have caused damage inside the United States itself.

Actually, what Fernando Gonzàlez and his four compatriots did to safeguard the security and tranquillity of the Cuban population should have been done -but was not done-- by the US authorities, who are commissioned with the task of preventing attacks from US territory on neighbouring independent and sovereig countries.  However, those authorities never fulfilled their duty.

Lamentably, the five Cuban antiterrorist were tried by a Miami court, infiltrated by the extreme right wing and subjected to pressure by the CIA-inspired Florida federal authorities. As a result, the five heroes were sentenced to long prison terms.

More recently, evidence has surfaced of the provision to Miami newspapers ofCIA oriented propaganda,  resulting in a strongly biased, unconstitutional judicial environment that biased and contaminated the trial with tragic results for the five.

They were also subjected to psychological pressures, such as isolation and being denied the right of visits by their relatives.

But many in the world -and even in the United States--were not confused by this thick net of illegalities and pressures, sprung by a continued campaign of misinformation and outright lies about their case.

In fact, a huge campaign of solidarity with the Cuban Five is afoot around the world.

Hundreds of thousands know about their gallant and courageous struggle against US Government lies, deception, terrorist activities  and duplicity.

Fernando, Gerardo, Antonio, Ramòn and Rene are and will always be heroes to hundreds of millions of the world's inhabitants.

After Fernando's liberation, after fully serving his 15 year sentence, 3 anti terrorists remain be in US jails.

But he world is ready to continue the struggle for their liberation.