U.S. and EU Try to Bend Events in the Unstable Ukraine to Fit their Own Interests 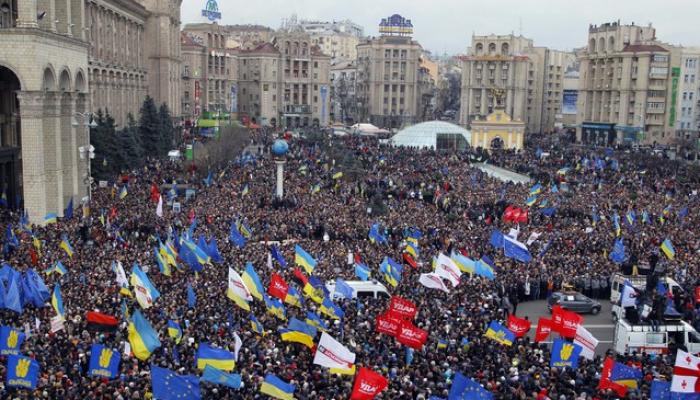 Politicians in the United States and the European Union are insisting on the recognition of the sovereignty of the Ukraine, when the truth is that both entities are intervening in the internal affairs of that Eastern European country, interventions that have already led to the unseating of President Viktor Yanukóvich.

You have to look hard to find any sincerity in voices from the west decrying alleged intervention in the Ukraine by Russia.

The real state of affairs is that the past three months have witnessed increasing numbers of visits from officials of the United States and the European Union to the Ukraine, advising opponents to President Yanukovich to beef up subversive activities, destabilize the country and overthrow the Government.

The Ukraine is again recognizing familiar faces. They are those that visited from the West on the occasion of past disturbances, and who have come back to try to make sure that things go differently this time.

Inflamed by their counsel, the most violent sectors of the Ukrainian opposition have launched street disturbances and have occupied Government offices and police posts.

Nobody in Europe or the United States has voiced any concern over those violent anti-government actions in the Ukraine’s strategic nation of forty-six million citizens, neighbouring on Russia.

Those who present themselves as the new Ukrainian Leaders enjoy full support from the West. However, their constitutional legitimacy is at least vague.

The Ukranian Parliament does not have the constitutional power to remove a President—elected by a vast majority of the popular vote in the last general elections.

But to feed appetites inside the Ukraine, the US Secretary of State, John Kerry, has now held out the possibility of a Washington credit line of one billion dollars .

Other voices -from the International Monetary Fund and from a handful of European capital cities -- have also spoken about the need to avoid a collapse of the Ukrainian economy.

It remains to be seen if the European Union, with its hands full of the acute economic crisis in Greece, Portugal, Italy and Spain, can put out the fire in the Ukraine.

In fact, those in command in Kiev affirm that the Ukraine needs at least thirty five billion dollars to restructure its fragile economy and avoid bankruptcy in the short term.

The situation is taking on serious overtones. Russia has charged the new Ukrainian Government of not controlling extremists that are threatening the large population of Russian origin in Eastern and Southern Ukraine.

This climate of anti-Russian hatred disseminated by the extremists is dangerous and the streets are home to armed, masked terrorists.

And against this backdrop, the calls from the United States and Europe for democracy in the Ukraine are merely helping to generate chaos in that Eastern European country.