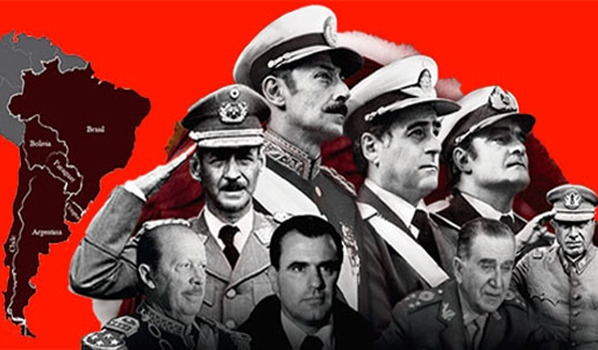 This week in Rome, the Condor Process, by means of which the military and officials of Latin American countries implicated in the kidnapping and murder of citizens of Italian origin during the dictatorships of the second half of the 20th century were tried and sentenced, came to a definitive conclusion.

The judges ratified the punishment of life imprisonment for former Peruvian president Francisco Morales Bermudez and the colonel of the same nationality, Martin Felipe Martinez, the only two defendants who had appealed the sentence issued in July last year.

Thus ends a trial described as exemplary that brought to the dock 24 members of the sinister Condor Plan, a transnational criminal organization created with the advice of the United States to persecute and eliminate leftist militants in South America.

It took more than two decades of investigations to determine the circumstances of the deaths of 43 people of Italian descent who were victims of repression in Argentina, Uruguay, Paraguay, Chile, Brazil, Bolivia and Peru.

Many of them disappeared in one country and were clandestinely transferred to another, where they were tortured and executed.

These crimes required the collaboration of the intelligence services, as well as the complicity of the governments involved, including the highest authorities, as in the case of Peru's Morales Bermudez, the only president still alive during those dark years.

Most of the defendants were absent during the trial, which is permitted by Italian law, but once the final sentence is handed down, extradition procedures will be carried out.

One exception was the Italian-Uruguayan Jorge Néstor Tróccoli, who escaped before being arrested in his country, taking advantage of his dual nationality, but was captured in the European nation where he must serve his sentence.

It was in 1998 when the public prosecutor in Rome, Giancarlo Capaldo, decided to open an investigation into possible victims of Italian origin during the repression in Latin America.

A year later, the mothers and wives of several disappeared persons filed the first complaints with the Italian consulate in Buenos Aires and in 2006, precisely the year dictator Augusto Pinochet died in Chile, Capaldo issued the first arrest warrants.

It was undoubtedly a complex process, which enforced the principle of universal justice against those guilty of crimes against humanity and gives hope to other peoples where impunity still persists.