From the chair to the bench 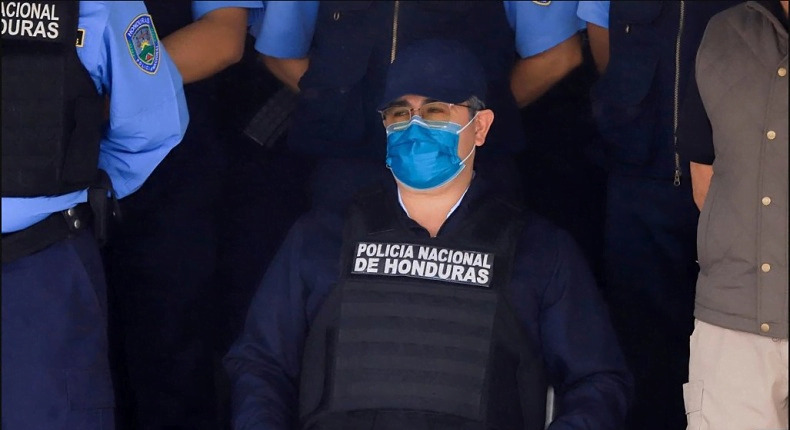 The former ruler of Honduras, Juan Orlando Hernández, also known by his initials JOH, practically went from occupying the presidential chair to sitting in the dock after his arrest at the request of the United States, where he is accused of drug trafficking and other crimes.

The images of Hernandez, who until recently wore the symbolic sash of power, led by the police with handcuffs and chains on his hands and feet like a common criminal, recall the allegations made against his administration in recent years.

For unclear reasons Washington decided to wait until the end of his term to order his arrest, but the evidence linking him directly or indirectly to drug trafficking was a public issue.

During his first term, from 2014 to 2018, JOH was an unconditional ally of the White House and when he decided to violate the Constitution to govern for another four years, until 2022, Washington remained completely silent.

The U.S. Ministry of Colonies, namely the Organization of American States, OAS, so zealous guardian of democracy in Venezuela and Nicaragua, also looked the other way in the face of that illegal reelection.

It is not credible that during those eight years they were unaware of the rampant corruption that seeped into all levels of the Honduran State, the growth of drug trafficking and the violence that accompanies this scourge.

The State Department knows of the acute poverty that afflicts these Central American people and the fear that hovers over their heads, a fundamental reason why hundreds of thousands leave their homeland to travel the rugged path of undocumented migration.

But nothing was ever done. Cuba is sanctioned for allegedly promoting terrorism, Venezuela is still considered an extraordinary threat to U.S. security and Nicaragua is under financial siege.

Does anyone know of a single sanction that has been directed at the corrupt government of Juan Orlando Hernandez? I do not recall any.

The only possible explanation is that, even with his brother imprisoned in the United States for drug trafficking, the then president of Honduras was somehow useful to Washington and that is why he was there until the end.

Once his term was over, he became a sacrificial pawn.

Then, perhaps, JOH's capture will begin to be credible.