Nichols did not reap the rewards 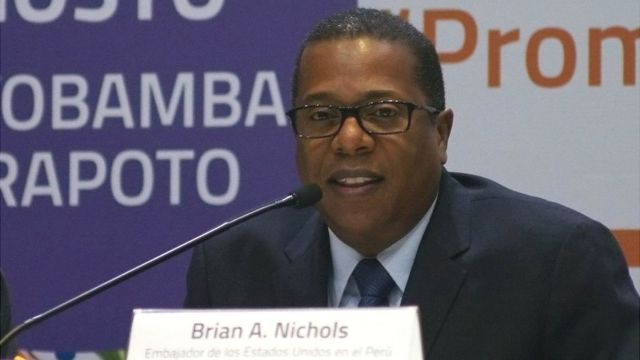 When the U.S. Assistant Secretary of State for Western Hemisphere Affairs, Brian Nichols, confirmed that his government will not invite three Latin American and Caribbean countries to the Summit of the Americas, he may have been waiting for approvals, but he has not succeeded.

Nichols confirmed the Democratic administration's refusal to invite Cuba, Nicaragua and Venezuela to the Los Angeles meeting next June.

With the tarnished argument that the respective governments do not respect the Democratic Charter, the United States, in reality, is trying to deepen divisions in the continent.

Even before the pronouncement of the high official, the rejection of Washington's planned decision increased.

Cuba and Mexico are at the head of the governments that have denounced the maneuver to carry out what President Miguel Díaz-Canel rightly described as a kind of summit of selective states.

The Mexican President, Andres Manuel Lopez, announced that if the Northern power applies the marginalizations, he will not attend and his delegation will be headed by the Foreign Minister, Marcelo Ebrard.

Not only the politician from Tabasco expressed his opposition to the separations of the conclave, as did CELAC, the Community of Latin American and Caribbean States.

The Head of State of Bolivia, Luis Arce, who appealed to the strengthening of dialogue and national integration, the latter aspect susceptible to be damaged if Washington carries out its distancing purposes, was on the same line.

If we are talking about statesmen who, like AMLO, claim to desist from participating in Los Angeles if exemptions are granted, let us recall statements made by the Ambassador of Antigua and Barbuda in Washington, Ronald Sanders.

The diplomat considered the ninth edition of the Summit of the Americas to be in jeopardy and added that if the United States does not invite Cuba, it could cause Caribbean nations to absent themselves.

Outside the geographic scope of the Americas, an official spokesman for China pointed out that the United States must respect the sovereignty and dignity of the countries of the region.

South of the Rio Bravo, they realize that once again the Democratic administration is trying to present itself as a champion of democracy, when paradoxically, it is showing intolerance by keeping States away from Los Angeles because they do not follow the patterns coined in the Northern power.