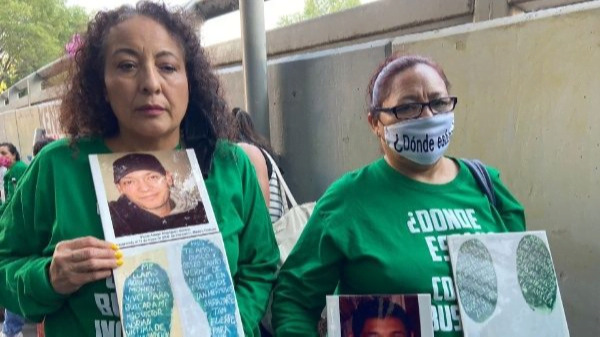 As in several Latin American countries, Mexico celebrated yesterday, May 10, Mothers' Day, a date that for tens of thousands of women in this sister country had a bitter taste because they have not known for several years the whereabouts of their children, victims of enforced disappearances.

In many cities, including Mexico City, the capital, marches were held to protest against this atrocious crime and to demand that the authorities speed up the search for at least one hundred thousand people, most of them young people, whose fate is still unknown.

The practice of kidnapping and disappearance has been a lamentable constant in that country, where there are still relatives who are investigating cases that occurred in Tlatelolco Square in October 1968, when security forces and the army attacked students who were protesting in that place.

However, this plague multiplied after former President Felipe Calderón Hinojosa, who governed between 2006 and 2012, complied with the imposition of the United States to wage a war against drug trafficking in his country.

Even before that, drug trafficking was a serious problem in Mexico, which shares more than 3,000 kilometers of border with its northern neighbor.

During that confrontation, Mexican soil was practically sown with clandestine cemeteries, which are eventually discovered, but little progress is made in identifying the bodies.

President Andrés Manuel López Obrador pledged to investigate these events, which include the disappearance of 43 students from a teacher training school in the municipality of Ayotzinapa, Guerrero state.

The magnitude of the problem and the corruption in which the country was involved during those years, make the task of this government a titanic one.

In the march of mothers of the disappeared held in the capital of Mexico, there was a group of women from Central American countries, who are trying to find out what happened to their children, with whom they lost contact when they were crossing the country to the U.S. border.

Migrants are a sector that suffers harshly from these crimes, some of them because they cannot pay the extortions of smuggling gangs, sometimes in collusion with venal authorities, and others because they are kidnapped for sexual or labor exploitation.

Forced disappearance is a terrible crime, which does not prescribe and continues to be committed until there is certainty as to the whereabouts of the victim or the place where his or her remains are, it is a macabre way of producing pain and extending it indefinitely.