West Bank: Raids and fury against the press 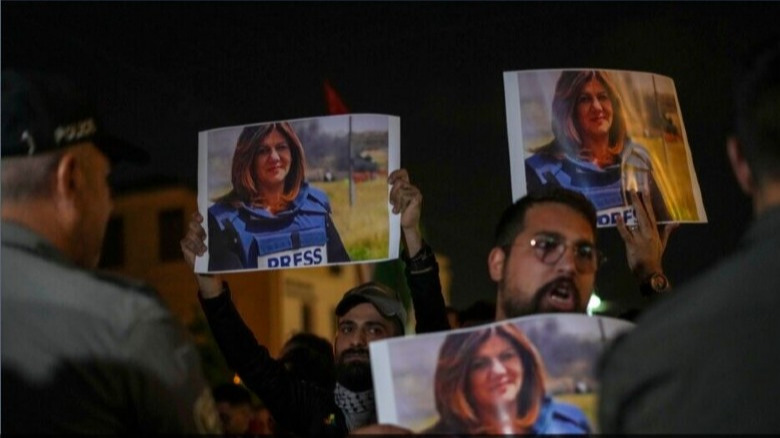 The murder of a journalist from the Qatari network Al Jazeera in the middle of a raid by the occupying army in the West Bank, once again projects Israel as a repressive state, without the United States and its allies exerting repression.

Shireen Abu Akleh, a Palestinian woman with U.S. citizenship, was shot dead while covering one of the raids by Tel Aviv's troops in the usurped West Bank.

The Qatari network, the Palestinian Authority and reporters covering the actions of the occupiers all pointed the finger at the uniformed soldiers as the perpetrators of the murder.

Only the Israeli government avoided the responsibility of its military personnel and, as it usually does, blamed Palestinians.

Hardly a demand for an independent investigation emerged from the US embassy, since the Northern power is incapable of even touching the Hebrew state.

The corporate press largely contributes to Israel's impunity by claiming that its troops "respond" to attacks.

What is distinctive about the journalist's crime is that it comes in the wake of an increase over the past month of deadly raids by security forces in the West Bank, under the pretext of responding to attacks committed in Israel.

Some 30 Palestinians have been killed during the intimidation operations, including unarmed civilians unrelated to resistance militias.

Meanwhile, thousands of Palestinians face expulsion from their settlements as part of Israeli settlers' plans to extend their presence in the West Bank, in violation of international law.

Moreover, the Tel Aviv authorities are planning to approve a proposal to build 4,000 housing units for the settlers.

This is how it has been since Israel took over the West Bank by force in the 1967 war and until today has erected 130 settlements, with almost half a million settlers, supported by a military regime that represses three million Palestinians.

The Israeli regime does not want to hear criticism of this order imposed with shrapnel, hence the fury towards the press and the fact that it works under threat.

Incidentally, the Qatari Deputy Foreign Minister, Lolwah Al Khater, made a categorical statement, starting from the condemnation of the crime against the journalist.

"This terrorism of the Israeli state and unconditional support for them must end," she wrote on Twitter.