From war to war 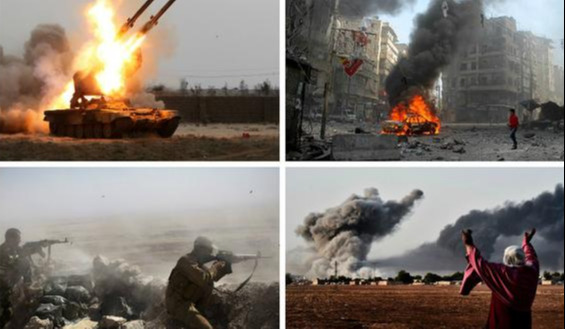 "The most persistent sound that reverberates throughout the history of man is the roll of war drums."

"The most persistent sound that reverberates throughout the history of man is the roll of war drums."

The controversial intellectual Arthur Koestler, born in Hungary and naturalized British, once stated that "The most persistent sound that reverberates throughout the history of man is the beating of war drums", a phrase that reflects the irrationality of the only "rational" animals.

We humans boast of our superiority on the biological scale, which is sometimes the case, especially when intelligence is put at the service of life and the welfare of our fellows, but that is not the most frequent face we usually offer.

Of the enormous number of species that nature has placed on this planet, we are the only ones that, without extreme reasons of survival, systematically eliminate part of our members, break the environmental balance and come dangerously close to extinction.

In fact, we have enough technology for the future shape of the earth to be, as the Guatemalan writer Marco Augusto Quiroa said, that of a wet spot, or an atomic fungus suspended in space.

We are at a defining moment, because the extreme fragility of the organizations created to guarantee life and peace coincides with the almost pathological excess of the main economic and military power.

The United Nations system is powerless to prevent or stop clashes between countries and peoples. To avoid war in Eastern Europe it was enough to heed Russia's demands for security in the face of NATO's expansion towards its borders.

But even before that the UN was unable to prevent the conflicts in Korea, Vietnam, Iran-Iraq, Yugoslavia, Afghanistan, twice more against Iraq, Libya, Syria and the US interventions in Latin America and the Caribbean, to mention only a few cases, because there are many, many more.

At the same time we have Washington preparing a military budget for next year of 813 billion dollars, enough to eradicate hunger in the world, build schools for the children of the planet or cover the costs of adaptation to climate change.

A fraction of that money would solve the problem of migration, if used to generate development and opportunities in the countries of origin of undocumented travelers.

Can you imagine how many hospitals could be built with 813 billion dollars, how many diseases eradicated, how many new treatments, how much suffering saved?

Instead we go, as Koestler said, from war to war, from death to death, from pain to pain, until the end, perhaps not so far away.