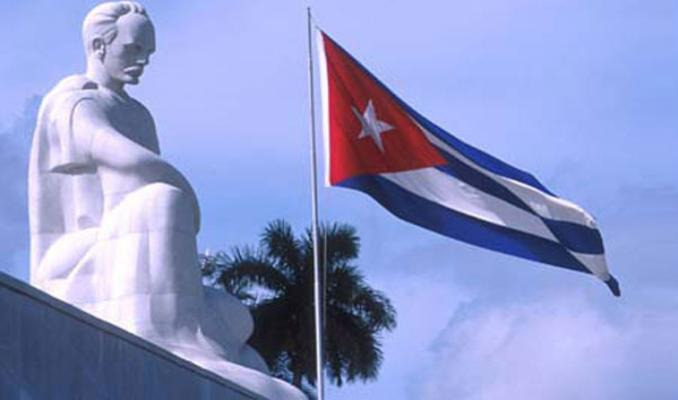 In times of confrontations, economic and social inequalities, sanitary emergency and environmental crisis, it becomes more and more necessary to turn to the ideology of an exceptional Cuban as the National Hero José Martí, who was killed in combat in eastern Cuba, in Dos Ríos -- 127 years ago.

In times of confrontations, economic and social inequalities, sanitary emergency and environmental crisis, it becomes more and more necessary to turn to the ideology of an exceptional Cuban as the National Hero José Martí, who was killed in combat in eastern Cuba, in Dos Ríos -- 127 years ago.

Martí left us an immense legacy in various topics and a path laid out to be better citizens and make America and the world a place for everyone, without exclusions of any kind.

In his actions and thoughts, expressed in numerous writings and speeches, Martí called for the unity of all America, as he envisioned many of today's problems. He warned early on about the expansionist desires of the United States, in its eagerness to plunder and subjugate other peoples at will.

This is a latent threat in the 21st century, although the region is no longer the same, and many nations, in an independent and sovereign stance, confront and question U.S. dictates, despite blackmail and pressure.

Such is the case of the area's majority vote each year in the UN General Assembly in favor of lifting the genocidal U.S. economic, commercial and financial blockade against Cuba, and condemning the hostile U.S. policy.

And more recently, the questioning of Washington's exclusion of Cuba, Venezuela and Nicaragua from the so-called Summit of the Americas, next June in Los Angeles. The Caribbean countries, Mexico, Bolivia and other Latin American states have expressed their opposition and demanded the presence of all of them.

Moreover, progressive governments are working for the welfare of their citizens and are joining forces to extend those benefits to neighboring nations and even to those of other latitudes.

This was the dream of the Cuban Apostle, who, with his immense humanism, clamored for human dignity, the rights of all: men, women and children, and for a more just society.

And it was with this spirit that the historic leader of the Cuban Revolution, Fidel Castro, a faithful Martiano, imbued the transforming process that began in January 1959 and has since worked to guarantee every citizen fundamental human rights such as health and education, to which the Apostle attached great importance.

Martí affirmed that "To educate is to give man the keys to the world, which are independence and love, and to prepare him to travel it...". And the revolution brought education to all, without distinctions, and also putting into practice that Marti's humanism has brought knowledge to other peoples and trained in our territory young people from other nations.

In Marti's thought is present the importance of education, school and teacher as a vital source for the social, scientific and cultural development of the peoples.

Much can be said about José Martí, an indispensable man of clear vision of all times. His thought is an inexhaustible source of wisdom, a guide for all men and women in the world who fight for a better life and against any injustice of those who mistakenly believe they have the right to subjugate others.