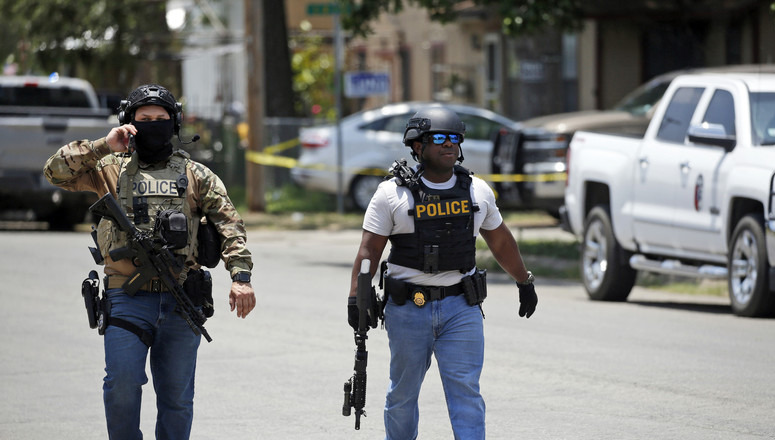 The deaths of 19 children and two teachers at a school in the U.S. state of Texas, the 212th mass shooting so far this year and the 28th perpetrated in a school, once again brought up the issue of the proliferation of firearms in the hands of the population of that country.

Once again we see officials at all levels, up to the highest, tearing their clothes, making moving speeches, offering their condolences to the families of the victims, proposing minutes of silence and then doing absolutely nothing to remedy the problem.

It is true that this is a complex undertaking, not so much because of the second amendment to the Constitution, which an honest linguistic analysis would suffice to show that it does not say what they want everyone to believe, but because there are deep roots in this society that make it difficult.

Democrats and Republicans are campaigning and fishing for votes with these tragedies, while alone and isolated in their grief, the mourners know that in a week or less, they will no longer be a front page photo or newspaper headline.

People will continue to buy guns taking advantage of laws more elastic than a chiche and with more holes than a Swiss cheese, rules that do not need to be violated because it is enough to pass them by one side.

There is the issue, for example, of criminal records as a requirement to buy a pistol, a rifle or a machine gun, or all three together. It is true that the seller must verify them, but did you know that if within three days of requesting them they do not arrive, the operation can be completed without further ado?

This is known as the "Charleston loophole". Using this loophole a white guy bought a gun with which he killed nine people in a church in Charleston, South Carolina, in 2015.

If you are a fugitive from the law, or have a pending conviction to serve, you also cannot acquire these devices, but during Donald Trump's administration the data of half a million Americans in this condition were erased from the system, who can now calmly go to a store.

Likewise, the rule passed in 1994 to prohibit the sale and removal from the street of assault rifles, high-powered cartridges and special magazines, which had only a limited life for ten years, can be recovered.

The White House can, likewise, implement a disarmament program, buying back from the people their devices with calibers reserved for the military, national guard or police.

All of this is accomplished with executive orders; moreover, Biden promised to implement some of these initiatives, which remain dormant in his agenda. It can be done, the question is, do you want to do it?