75th Anniversary of the ACNU 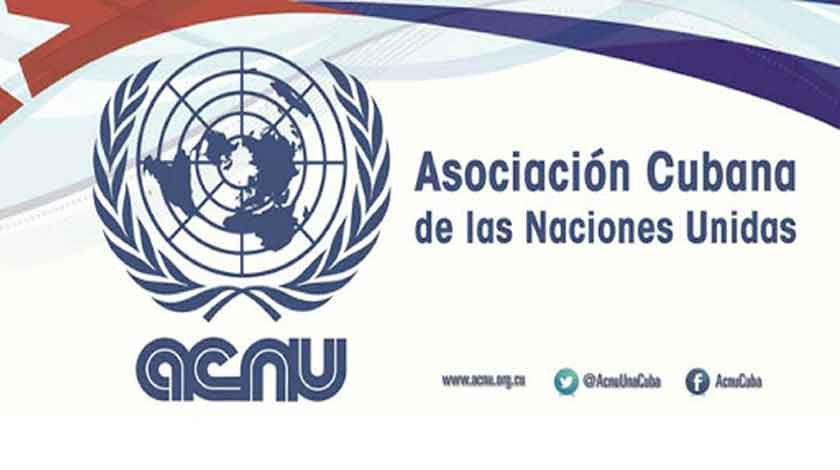 Since the 1960s, when I was studying Political Science at the University of Havana, I was linked to the UNCA, Cuban Association of the United Nations, founded on Friday, May 30, 1947.

I remember that, as a student at the Faculty of Humanities of the University of Havana, I belonged to one of the groups that studied the constitutions of other countries of Our America, since the process towards a new Constitution was underway in Cuba, led at that time by one of the founders of the ACNU: Blás Roca Calderío.

Blas Roca was one of the speakers invited by the Director of our School, Fernando Alvarez Tabío, to talk to us about the Cuban constitutional history. I will never forget that in his talk he stated that the 1940 Constitution "was the delayed fruit of the Revolution of 1933".

I always found the large house where the ACNU was located at the time, on J and 25th, very welcoming and pleasant. And many of the friends I had met at the University or the Cuban Ministry of Foreign Affairs, among them Eduardo Delgado and Carlos Amat, paraded there as directors.

I remember that Eduardo Delgado was the creator of the ACNU Working Commissions, and the Press Commission was the first one. That is why I am honored to have chaired it since its foundation, more than twenty years ago, and to hold the number one card as an individual member of the ACNU.

Years later, already under the mandate of Carlos Amat, who died on August 26, 2015, we visited the house in front of the Havana Malecon where the ACNU was born, an organization that had among its founders very relevant Cuban personalities, among them Fernando Ortiz, Juan Marinello, Carlos Rafael Rodríguez, Manuel Bisbé, Lázaro Peña, Jorge Mañach, Ofelia Domínguez, Cosme de la Torriente, Vicentina Antuña, Flavio Bravo and the aforementioned Blas Roca.

An unforgettable moment for me was the inauguration of the Patio de la Dignidad, on January 28, 1999, at the UNCA headquarters, with the busts of Foreign Ministers Raúl Roa García, from Cuba, and Guillermo Toriello Garrido, from Guatemala, works of the Cuban sculptor Andrés González González.

Months later the busts of three other Chancellors of the Dignity of Our America were added, the Venezuelan Ignacio Luis Arcaya, the Peruvian Ramon Porras Barrenechea, and the Mexican Manuel Tello Barraud, all with stories of solidarity with Cuba within the Organization of American States, described by Roa as the Yankee ministry of colonies.

Throughout the years we have celebrated in the UNCA the anniversaries of the Five Chancellors of Dignity, as well as the World Radio and Television Days, dates linked to the struggle of Puerto Rico for its independence, and every year we remember May 13, the day in 1958 when a hitman of the Batista dictatorship assassinated in Havana the young Ecuadorian journalist Carlos Bastidas Argüello, who interviewed Comandante Fidel Castro in the Sierra Maestra and spoke under the pseudonym of Atahualpa Recio over the airwaves of Radio Rebelde.

The most recent activity organized by the ACNU took place on May 23 at the Armando Hart Hall of the José Martí National Library, where the III Forum of Cuban Civil Society and Social Actors Thinking Americas was held. There I had the honor of accompanying the new President of the ACNU, Ambassador Norma Goicochea Estenoz, and to greet a friend, Patricio Bosch, son of former Dominican President Juan Bosch and Cuban Carmen Quidiello. Patricio has worked at the Library for more than forty years and was with me and Antonio Núñez Jiménez in Quito, at the celebrations for the 75th birthday of the painter Oswaldo Guayasamín, on July 6, 1994.

Honoring the UNCA is an elementary exercise in these times when the battle against the Yankee blockade continues and when the United States is organizing a so-called Summit of the Americas that has aroused the growing rejection of the nations and peoples of Our America.