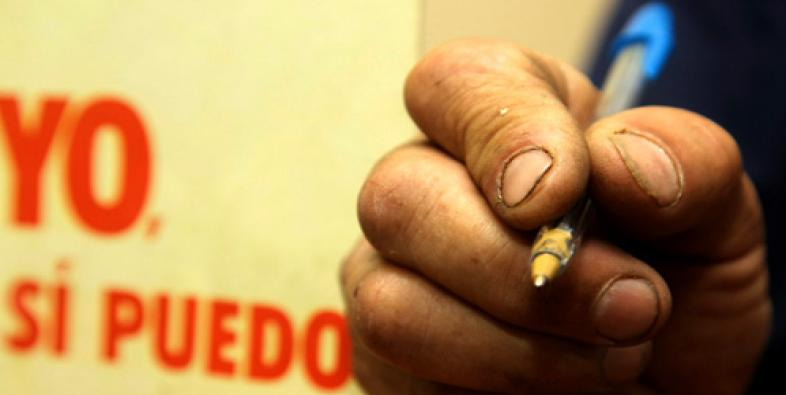 UNESCO, the United Nations Educational, Scientific and Cultural Organization, has pointed out that "education saves lives" and Cuba, with its selfless collaboration, has made it possible for this to be a reality in many regions of the world.

The broad cooperation deployed by the Caribbean nation in the field of education has made it possible for many people of humble origins to learn to read and write.

The implementation of the "Yes, I can" method, devised by outstanding Cuban educators, opened new horizons and dignified people who, once they reached adulthood, could not even write their names and were totally marginalized.

More than 10 million citizens, mainly in Latin America and the Caribbean, ceased to be illiterate and had a chance to change their lives, to reintegrate into society.

Ecuador was one of the countries in the region that benefited from this Cuban program, recognized for its efficiency and economy by international organizations such as UNESCO, which awarded it the 2006 King Sejong Literacy Prize.

"Yo sí puedo" arrived in the South American country under the mandate of the now former president Rafael Correa, thanks to his political will to improve the welfare of his compatriots. The joint work of Cuban and Ecuadorian specialists made it possible for tens of thousands of people to become literate.

Cooperation in this field between the two countries has positively extended to higher education. The Ecuadorian Pedagogy Network presented in Havana a recognition to the archipelago for the satisfactory results of the collaboration, which allowed the realization of two online master's degree programs.

The award was presented at the Second International Congress on Science and Education, which is currently in session in the Cuban capital, with the participation of more than 1,400 delegates from 13 countries.

According to the organization that promotes networked research and training in Ecuador, some 95 students participated in the first edition of the master's program, out of an initially planned enrollment of 30.

The second program also exceeded expectations. It was also attended by a significant number of students, which led to the diversification of the academic offerings, now adding the special education branch.

Both countries are currently committed to the development of doctoral programs, which, in the opinion of the Ecuadorian non-profit organization, opens up an enormous possibility for bilateral cooperation.

Cuba, with its commitment to accessible and quality education for all, has also made it possible for other peoples, as expressed by the Ecuadorian Pedagogy Network, to make dreams come true.