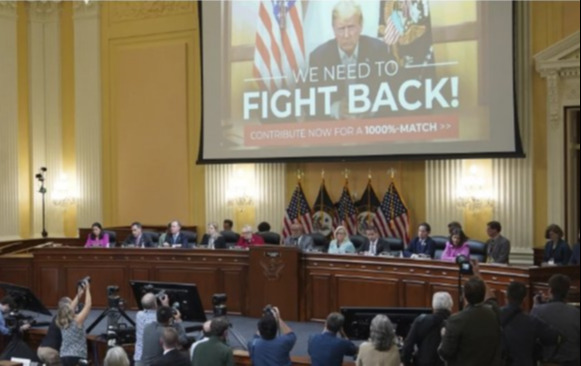 During the first hearings held by the Committee to Investigate the Assault on the U.S. Capitol, which occurred on January 6, 2021, important revelations began to come to light about one of the most shameful events in the recent history of that country.

Among them is the confirmation by senior officials very close to former President Donald Trump, including the head of the Justice Department at the time, William Barr, that the controversial real estate tycoon lost touch with reality.

The former head of the White House simply could not, or did not know how to handle the news of his defeat and plunged into an imaginary world where he would have been re-elected, but was the victim of a conspiracy to snatch victory and remove him from power.

If this version is true, it explains the stubbornness of Trump and his immediate followers in presenting resources after resources to recount the votes that supposedly favored him, while ignoring those that were adverse to him, an exhausting and to some extent illicit exercise.

From there emerged what is known as "The Big Lie", which is still accepted by millions of his followers, who reject the defeat.

Several of Trump's strategists, including campaign manager Bill Stepien, told Committee members how it was impossible to get him to accept that there was no evidence of any fraud in the election, which led to the dangerous adventure of the assault on the Capitol.

The fact is that "the big lie" continued to grow with fanciful arguments, such as that the voting machines were manipulated by "communists" to favor his rival, Joseph Biden.

Of course, not everything was a story of elves and wizards, and the institutionality of the most powerful country in the world was really in danger.

The first thing that comes to mind is that Trump, alienated or not, but evidently furious, still had access to the keys to the U.S. nuclear offensive system. Such power in someone with so little emotional balance is something not to be taken lightly.

There were also more concrete things, and that is that in the weeks following the elections, the group close to Trump began to raise funds to "defend the vote and democracy" and collected some 250 million dollars, which is not known for sure where they are today.

There are threats that this dark character will return to politics, much depends on the legislative elections in November, but be careful, lest he enters the White House again and appoints his horse as senator.