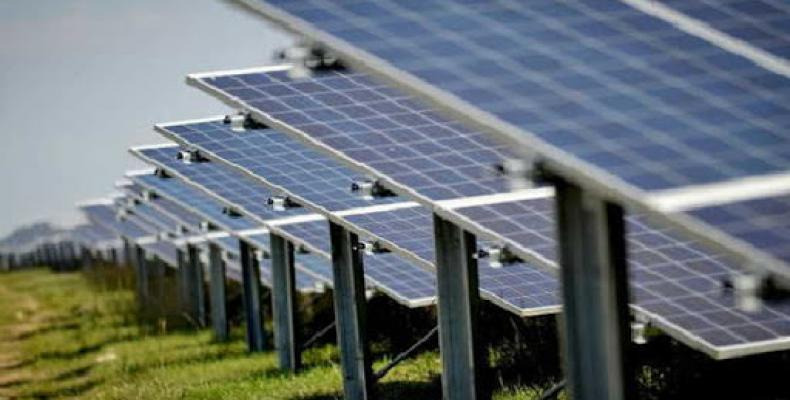 Over the past several days, Cuba has been working intensely in the face of the complex electro-energy situation, which has led to power outages with the usual effects on the population and productive areas, with negative repercussions on the economy.

Over the past several days, Cuba has been working intensely in the face of the complex electro-energy situation, which has led to power outages with the usual effects on the population and productive areas, with negative repercussions on the economy.

Breakages, necessary maintenance and the lack of liquidity for important investments, associated with the intensification of the U.S. blockade, have led to this tense situation, which has demanded a great effort from the workers in this branch.

The country's highest authorities have been constantly monitoring this problem in order to find an adequate solution and prevent it from recurring in the future, taking into account the high summer temperatures and the fact that many families are enjoying their vacations, which increases the demand in the residential sector.

In a televised appearance, Cuban President Miguel Díaz Canel gave detailed information on the current situation and how much work is being done to minimize the effects in all areas, both social and economic.

In addition to this, the President and other members of the government toured the different thermoelectric plants in the national territory. In dialogue with managers and workers, they have learned first hand how the work is carried out day and night, day and night, under difficult conditions.

In this tense context, the need to encourage the use of renewable energy sources is gaining ground. Although this is a policy of the authorities, approved by the Council of Ministers in 2014, the goal is still far away.

The strategy is to transform the energy matrix, in order to achieve sovereignty in this sector, which would also avoid the current inconveniences. However, at present only 5% of electricity generation is achieved through these sources, which are also environmentally friendly.

Cuba has great potential to develop projects in this line and already, for example, there are several wind farms, located in the provinces of Ciego de Avila, Holguin and Isla de la Juventud, which contribute to the National Electroenergetic System, while research is being carried out in other territories for the installation of this technology.

Likewise, the establishment of photovoltaic panels has made it possible to bring electricity to areas of difficult access and benefit multiple communities.

But these technologies are expensive and the country's efforts are limited by hostile U.S. policy. The necessary equipment has to be purchased in distant markets, at a higher price.

The use of clean energy sources to reduce inefficiencies in the electricity system and reduce dependence on fossil fuels is a policy of the country, and in this way the International Renewable Energy Fair is a good opportunity to make foreign investments in this strategic sector and encourage the development of projects.

This event will be held in Havana from the 22nd to the 24th, with the participation of 29 nations and exhibitors from 10 foreign companies, which will allow to learn about experiences.

Work is being carried out intensively on thermoelectric plants, without wasting a second to recover the levels of electricity generation, while insisting on other alternatives such as renewable energy sources, an option, however, in the medium and long term. The commitment now, at all levels, is to guarantee a more stable situation of the system in the coming days.