Throw out the president? 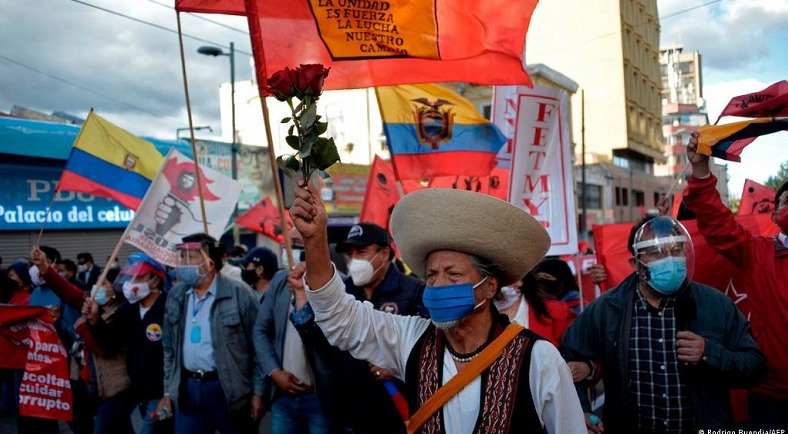 The main indigenous and peasant organizations of Ecuador maintain for the second week the national strike, decreed to demand from the government of President Guillermo Lasso measures aimed at addressing the critical economic situation experienced by the population due to the excessive increase in prices.

The main indigenous and peasant organizations of Ecuador maintain for the second week the national strike, decreed to demand from the government of President Guillermo Lasso measures aimed at addressing the critical economic situation experienced by the population due to the excessive increase in prices.

Initially the protests took place in the region of Pichincha, where Quito, the capital of the country, is located, as well as in neighboring Cotopaxi and Imbabura, however, as the authorities have intensified repression, the demonstrations are spreading to other areas.

The main form of discontent is the blocking of highways as a way to put pressure on the economically powerful sectors, but marches are also carried out and in the last days several groups entered the capital with the objective of concentrating outside the executive headquarters.

In response, Lasso's government decreed a state of emergency in the three regions concerned, which was later extended to Chimborazo, Tungurahua and Pastaza. In addition, police were authorized to use tear gas and stun bombs to clear roads or break up marches.

There is a curfew and the right to free movement is restricted, which has not prevented the advance towards Quito.

In a recent message disseminated through social networks the chief executive tried to evade his responsibility with the argument that he made calls for dialogue, but the demonstrators, he said, seek chaos. "They want to throw the president out, I am here, I am not going to go away," he added.

The situation is very serious for the majority of Ecuadorians, who are suffering from skyrocketing prices, especially in fuel and food, and complain that the government is not doing enough to heed their calls.

Their demands are summarized in about ten points, among which are to grant subsidies to face inflation, to put an end to the shortage of fertilizers, to stop the increase in the prices of agricultural raw materials, as well as the cost of transportation that affects the least favored families.

They also question that in one year of administration Lasso has not put a stop to corruption, there is still a shortage of medicines in the public health system, and at the same time unemployment is growing.

The discontent increased after the occupation by the police of the Casa de la Cultura Ecuatoriana, an emblematic site which hosts indigenous groups in the capital who go there to claim their rights.

The situation could worsen in the next hours, unless the government sits down to dialogue in an honest way with the indigenous leaders and assumes serious commitments, in accordance with the seriousness of the situation of these people.