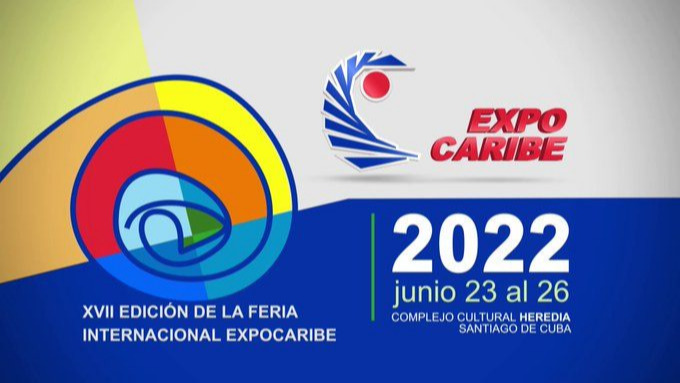 After two years of forced pause due to COVID-19, business people from the region will show their products and services in the eastern Cuban city, in addition to exchanging with their counterparts from the archipelago.

The Caribbean meets again in Santiago de Cuba. After two years of forced pause due to COVID-19, business people from the region will show their products and services in the eastern Cuban city, in addition to exchanging with their counterparts from the archipelago.

ExpoCaribe, the second most important commercial exchange in Cuba, opens its doors today, making it possible to diversify trade and cooperation relations between the sister Caribbean nations.

It will be the occasion to present the Portfolio of Business Opportunities with foreign investment and the exportable offer of Cuban goods and services to close new business deals.

The 17th edition of the fair will also be the occasion to celebrate 50 years of relations between Cuba and its neighbors in the region, united by common challenges and the will to work together.

It has been half a century of broad cooperation in various spheres, with emphasis on health, education and confronting climate change, a phenomenon that is a barrier to the development of the Caribbean states.

Cuban doctors have supported the efforts of the governments of the area to provide health care to their citizens, and during the world health emergency caused by COVID 19, brigades were reinforced to help in the fight against the virus.

The Caribbean nations described Cuba's support as an example of the archipelago's continued solidarity in the face of its own challenges, derived from the US blockade, so often condemned.

Likewise, as part of its commitment to cooperate with its neighbors, the Greater Antilles has reiterated its willingness to support the vaccination campaign against the disease caused by the new coronavirus.

In Cuban territory, many young people from the poorest families, coming from the states of the area, have studied in different careers, especially Medical Sciences.

The creation in Guyana of the Regional Center for the Stimulation of the Development of Children, Adolescents and Young People, staffed by Cuban professionals who, in addition to providing specialized care, have helped train their Guyanese counterparts, is noteworthy.

The fight against climate change is another area in which cooperation has been highly effective. Cuba has made available to the Caribbean the natural disaster response mechanisms developed by its Civil Defense, internationally recognized for its effectiveness.

Since 1972, when, in a courageous and sovereign gesture, four countries in the region established diplomatic relations with Cuba, the Caribbean has always been by our side. We are small nations, with enormous challenges, but with a great brotherhood and a strong history of solidarity.