Rights for all, today and tomorrow 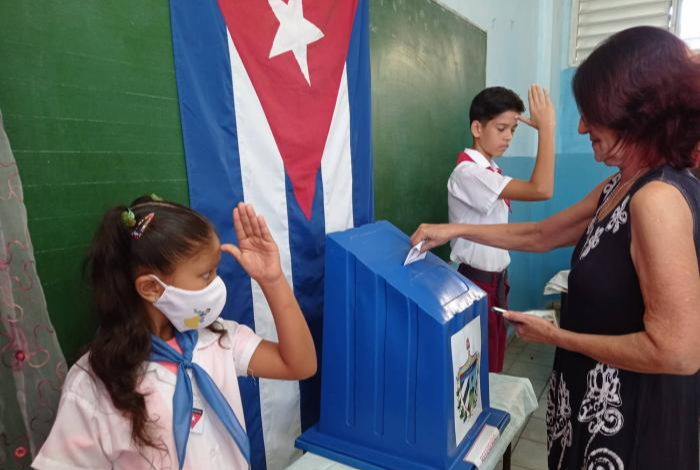 Cubans went to the polls on Sunday amid total calm, to express their acceptance or rejection of the new Family Code, as part of a popular referendum.

Cubans went to the polls on Sunday amid total calm, to express their acceptance or rejection of the new Family Code, as part of a popular referendum.

It was a modern legislation that adds concepts such as sexual and gender violence, gives space to non-profit solidarity gestation and expands the right to care for the elderly, children and the disabled.

It also protects the legal recognition of several fathers and mothers in addition to the biological ones, on the basis of the affection lavished by other people on a child.

Never before had a law been submitted to the will of Cubans, but it became mandatory by mandate of the Constitution approved by a majority in 2019.

Thus, the new Family Code was not drafted by the exclusive will of the parliament but by derivation of the Magna Carta, to the extent that the largest of the Antilles required to build a legal family regime with the greatest consensus, as the Secretary of the Council of State, Homero Acosta, said.

To expand on this idea, it is fair to remember that the Law of Laws in Cuba contains a broad chapter devoted to families, from which the Code was based, also based on other constitutional articles to provide greater rights and guarantees.

With all this background and in order to achieve as much consent as possible, the Code was submitted to popular consultation.

Between version 24, which was analyzed in the communities, and version 25, which was submitted to the National Assembly of People's Power, 48 percent of the articles were modified.

However, during and after the popular consultation, Cuban society expressed different points of view regarding the types of existing families.

Hence, the new Family Code moved thousands of opinions as it represents a range of affections and desires.

The debate was inevitably tinged by Cuba's difficult economic situation, exposed to a brutal U.S. blockade, energy deficit and lack of financing, largely due to mandatory state spending during the pandemic.

Even in these circumstances of material deprivation, Cuba took a courageous stand, as President Miguel Diaz-Canel emphasized, by not postponing a referendum aimed at seeking to expand the prerogatives of all families.