Cuba has a new Family Code 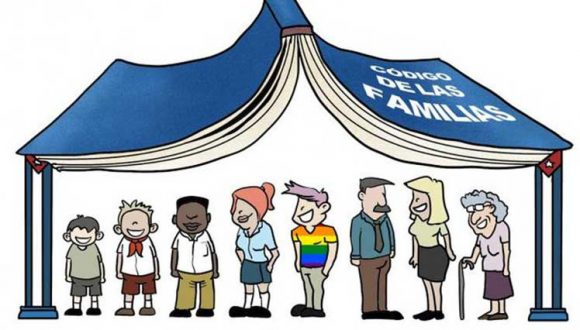 Cuba has a new Family Code

Cuba has a new Family Code. In a true and legitimate democratic exercise, Cubans voted this Sunday at the polls in favor of the document, which is modern, inclusive and responds to the problems of today's society.

Nearly 67% of the electorate voted YES in the popular referendum, which despite adverse weather conditions, showed an active citizen participation.

Alina Balseiro, president of the National Electoral Commission, when announcing the results, affirmed that the YES trend is irreversible, although the counting still needs to be concluded in a few places due to the rains registered.

She congratulated all the voters for their discipline and civism, and all the people who made possible the good development of this genuine democratic process.

More than 23 thousand polling stations were set up throughout the national territory, where in eight provinces and the special municipality of Isla de la Juventud voting hours had to be extended due to the rains.

The day had a large participation of the new generations, a sign of their commitment to the future of the country. They were present at the polling stations and in other actions related to the process. In addition, for the first time, more than 400,000 young people, who reached the required age, voted for the first time.

Our children and teenagers, members of the José Martí Pioneers Organization, guarded the ballot boxes, a fact that amazes many in the world, but which is usual in our country.

Last July, the National Assembly of People's Power approved the new Family Code, which will contribute to a fairer Cuba, which defends and broadens the rights of every Cuban.

This Sunday's event was reached after months of debates, analysis and the search for consensus, since it is a text of all and for all. Jurists and other specialists contributed their knowledge and took into account the international treaties on the matter, of which Cuba is a signatory.

To this was added a broad and open debate throughout the nation. There was not a single Cuban who wanted to express his or her opinion and did not do so. Not only were meetings held in workplaces, educational centers and in the different communities, but other mechanisms such as institutional e-mails were also made available.

It was a deep discussion, in which each criterion was listened to with respect, and which led to the text put to the consideration of Cubans at the ballot box being version 25.

The broad participation of citizens in the gestation and approval of this text enriched the nation. As stated by Cuban President Miguel Díaz Canel, the debates that have been generated, the way in which people have stopped to think about issues that were not of interest to them has made us grow as a society.

Cuba experienced Sunday, undoubtedly, an historic day, with total transparency, in which it bet for the improvement of society, for the guarantee of the rights of each one of its children, without exclusions.