The US in 2017: From Tweets to Caricature to War Warm-up 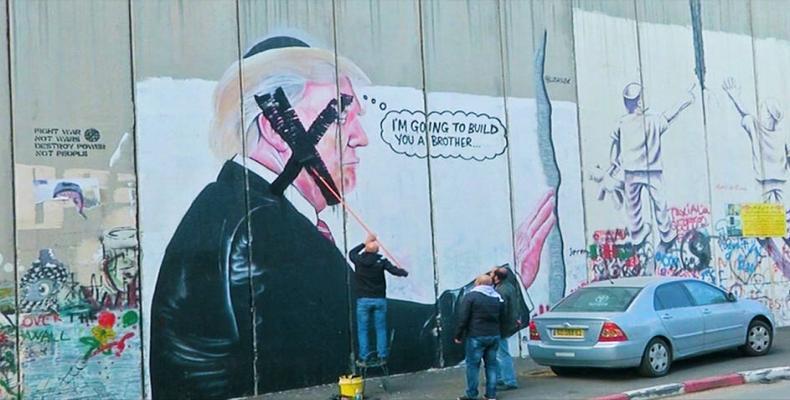 Journalists, researchers, analysts, political observers, all failed to anticipate the rise of Donald Trump to the US presidency a year ago. And a year into the mandate of the business tycoon-turned politician, few still dare predict what the course of events in the US will be over the next few months, possibly years, under his administration.

Yet, the record of Donald Trump’s first year in power in the US leaves little room for ambiguity regarding at least one thing: over his obsession with the reversing of every policy that his predecessor Barack Obama may have left in place, the contour has gradually emerged of a gruesomely brazen, unrepentant reactionary man at the helm of the world’s most powerful nation.

At age 70, Donald Trump became the oldest, and also the richest person to make it to the White House, the first to become president without prior military or government service, and the fifth to win the election despite losing the popular vote.

Trump started his term in office with a populist-sounding discourse of better days to come for Americans, and promises to shake up the existing order--in his words, to “drain the swamp” in Washington. But he has accomplished little in those areas, muddling sideways in the US capital's congressional and political quagmire, his administration of multimillionaires, generals and chief executive officers looking worse than the politicos and cronies he had pledged to exterminate.

But perhaps one thing Donald Trump has proven is that a US president can indeed be himself from his high office. “We have never had a president so ill-informed about the nature of his office, so openly mendacious, so self-destructive, or so brazen in his abusive attacks on the courts, the press, Congress (including members of his own party), and even senior officials within his own administration, argues Jack Goldsmith, a professor at Harvard Law School and a senior fellow at the conservative Hoover Institution. Trump is a Frankenstein’s monster of past presidents’ worst attributes, Goldsmith wrote in The Atlantic in October.

And while the Donald Trump administration has not shied away from showing its true moral colors in the domestic, it has been as candid in showing the ultra-rightwing and perilous nature of its international outreach. Even people on the conservative side of politics are concerned.

Eliot A. Cohen, a professor at the Paul H. Nitze School of Advanced International Studies of Johns Hopkins University, and a noted neo-conservative, has written that while there are “many reasons to be appalled by President Trump, including his disregard for constitutional norms and decent behavior (...) watching this unlikeliest of presidents strut on the treacherous stage of international politics is different from following the daily domestic chaos that is the Trump administration. Hearing him bully and brag, boast and bluster, threaten and lie, one feels a kind of dizziness, a sensation that underneath the throbbing pulse of routine scandal lies the potential for much worse.”

While that worse may be yet to come, here are but a few of the international high marks of the Trump administration during this first year in power:

--Donald Trump took the United States out of the Paris Agreement on climate change, a world platform seeking to keep global warming from worsening and the consequences of climate change from becoming unstoppable. The United States is responsible for 20 percent of the world's carbon emissions.

--The Trump administration has heightened nuclear tensions in Asia, leading North Korea to say a few days ago that the US administration was "begging for nuclear war" and that Trump was "staging an extremely dangerous nuclear gamble on the Korean peninsula."

--Only recently, the US unilaterally decided to recognize Jerusalem as the capital of Israel, a move that puts the question of Palestine virtually beyond resolution, and which the United Nations General Assembly was quick to rebuke, delivering a humiliating blow for the Trump administration by voting 128 to 9 in rejection. The Jerusalem recognition by Trump was equally blasted by Pope Francis during his traditional Christmas message.

--The Trump administration has threatened Venezuela with the use of whichever option they might consider necessary in the pursuit of their aims.

--Traveling from swamp to swamp, on June 16, Donald Trump visited Miami, to personally announce adhesion to the failed cold-war policy of US hostility towards Cuba in a declared reversal of the policy of relaxation ushered in under the Obama administration.

It is in such general atmosphere of international upheaval and domestic moral decline that, taking the crisis of civilization that has been shaking the world over the last couple of decades to new heights, in his first year in office the current president of the United States has plunged his own nation's credibility to the floor.

A survey from the well-known Washington nonpartisan fact tank Pew Research Center showed that in 2017 the image of the United States in the eyes of the world deteriorated sharply, with an overwhelming majority of people in other countries voicing a negative view.

The Pew report considered the drop in favorable opinions about the United States to be widespread internationally, noting that “the share of the public with a positive view of the US has plummeted in a diverse set of countries from Latin America, North America, Europe, Asia and Africa."

Only 30 per cent of Mexicans have currently a favorable view of the United States, down from 66 per cent at the end of the Obama administration. In Canada and Germany, favorability ratings slid by 22 points, to 43 per cent and 35 per cent, respectively.

And the Pew report showed even deeper mistrust of Donald Trump himself. The countries with the lowest confidence in Trump were Mexico, at 5 percent, and Spain at 7 percent.

An international survey of national image by the Germany-based market research firm Gfk and political consultant Simon Anholt also points to the global perception of the United States sinking under Donald Trump.

The "nation brand" index released by Gfk and Anholt ranked the US in number 6, a clear decline from its first place ranking last year. In fact, the US was the only country in the list of top 10 nations to see a decline compared to 2016.

The index, which ranked 50 countries on the power and quality of their brand image, was the latest in a series of global findings spelling bad news for the standing of the US in the world.

A year into the mandate of such a disparaging president, his most memorable lines come not from grand speeches or prime-time presidential addresses, writes the US newspaper The Boston Globe. They come from his tweets.

Trump uses his Twitter feed as a tool of disruption, continuing his campaign practice of delivering social-media trauma on his enemies, charges the paper.

During Trump’s year in office, there have been 2,417 posts from his Twitter account, according to a Globe review. If Trump spent only one minute on each post, that would be nearly 40 hours, a solid workweek of nonstop tweeting.

Trump has cited The New York Times on 30 occasions in his tweets, almost always by derisively calling it the “failing@nytimes.” And he has had 54 tweets about Barack Obama.

“I told Rex Tillerson our wonderful Secretary of State that he is wasting his time trying to negotiate with Little Rocket Man,” he wrote in October, publicly mocking North Korean leader Kim Jong-un. In his tweets, Trump mentioned North Korea 59 times.

The Boston Globe says Donald Trump “lays out his resentments, insecurities, and obsessions on Twitter for all to see,” opening up a gold mine to foreign governments seeking to see through him and manipulate him.

What could be the next chapter in the saga of the US under Trump? Would he undergo an early removal? Defeat in a re-election? Make it to a second term? Nobody knows. What is known though, argues professor Eliot A. Cohen, is that under the constant threat of impeachment, and unable to pass any meaningful legislation, Trump will likely do what every other impotent president has done: focus on foreign affairs. But, says Cohen, he will also be sorely tempted to do what no other sane president has done: start a war to make himself look something other than impotent. And Trump is especially expert at failing to see the consequences of his actions.

Will we all wake up one morning to the tweet that a nuclear hecatomb has been unleashed? One can only hope not.