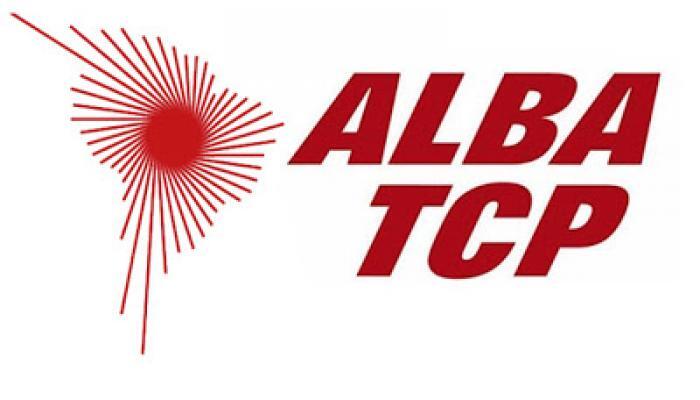 The Foreign Affairs Ministers of the Bolivarian Alliance for the Peoples of Our Americas - Peoples’ Treaty of Commerce (ALBA-TCP), assembled in its 19th Political Council, in the context of the 74th Session of the General Assembly of the United Nations Organization (UN), hereby convey the following agreements:

They deplored the expulsion of two diplomats from the sister Republic of Cuba to the UN by authorities of the State Department of the United States of America on September 19, 2019.

- They denounced the imposition of new unilateral coercive measures by the U.S. against the Cuban people. Recently, the U.S. has limited the sending of remittances; restricted banking transactions; banned educational group trips to Cuba; and taken non-conventional blockade actions against fuel supplies to Cuba.

This supremacist policy of aggression has the sole objective of generating a diplomatic escalation that leads to the closure of embassies in both countries, as well as continuing to tighten the economic, financial, and commercial blockade of Cuba.

- They stressed that Resolution CP / RES. 1137 (2245/19) of the Organization of American States (OAS) approved on September 11, 2019, is absolutely illegal and in violation of international law, both in form and substance, given that the Bolivarian Republic of Venezuela has not been part of the OAS since April, 2019, nor is it part of the Inter-American Treaty of Reciprocal Assistance since denouncing this agreement in May of 2013.

- They stressed that Article 08 of the Inter-American Treaty of Reciprocal Assistance is in line with the policy of harassment and economic strangulation that the U.S. government implemented against the people of Venezuela in recent years, especially in the economic arena.

- They categorically rejected threats that the convening of the Inter-American Treaty of Reciprocal Assistance Consultation Organ implies to the peace and territorial integrity of Venezuela, as well as the most recent actions that a small group of countries in different multilateral fora have been promoting regarding this Treaty.

- They stated that the only international body with authority and capacity to declare a situation a threat to international peace and security, and to take action through the use of force, is the United Nations Organization (UN) Security Council.

- They reiterated the pacific vocation of ALBA-TCP, promoting a culture of peace and the right to peace, also rejecting any initiative that contravene these principles or put regional peace at risk.

- They stressed that the Community of Latin American and Caribbean States (CELAC) declared Latin America and the Caribbean as a Peace Zone “in which differences among nations are to be resolved through dialogue and negotiation or through other forms of peaceful agreement, as established in international law."

- They expressed their concern regarding climate change and the historic commitment assumed by the international community through the Paris Agreement. Consequently, they rejected U.S. withdrawal from this agreement, which evidenced lack of responsibility on the part of the U.S. administration both to the planet and future generations.

- They stressed the need for aid and cooperation, in cases of natural disasters associated with the planet's climate crisis, to be addressed ethically. From the perspective of the Alliance countries, the exclusion of countries for political or ideological issues is unacceptable. They reiterated that the principle of equality of the states of the UN Charter should be respected for the convening of meetings on environmental issues that are of global concern.