Diaz Canel: “We have to work differently, according to the times we live in” 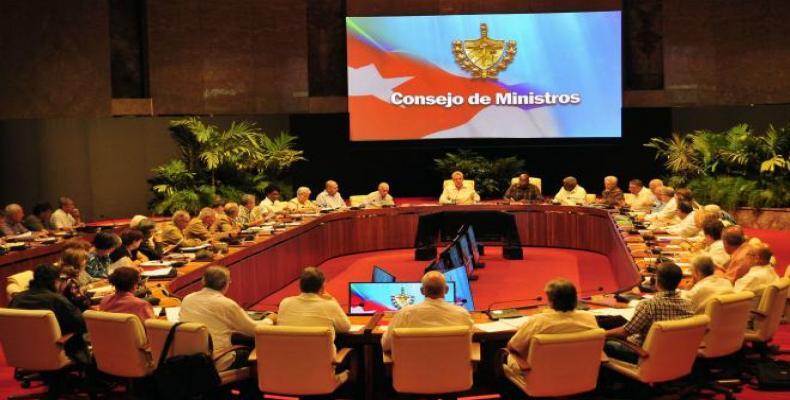 President Miguel Díaz-Canel Bermúdez urged authorities to work differently, "according to the times we live in" at a Council of Ministers meeting which delved into the economic life of the nation.

Times are different, "but here the principles, the convictions, the will to face everything, the concept of resistance and victory do not change," said the president when referring to the situation the country is going through with current fuel shortages, caused by U.S. hostility.

Díaz-Canel insisted on the need to work with austerity and savings, as well as to continue giving priority to programs such as food production, housing construction, exports, the computerization of society, tourism, renewable energy sources and transportation, according Granma newspaper.

“It is true that we have paralyzed a group of activities, and we have had to slow down others, but we have to defend the concept of labor change and not interruption. You can't demobilize workers when we have a lot to sow, support the anti-mosquito campaign, build houses, beautify places, maintain and prepare conditions for when we get back on track," he said.

Diaz-Canel emphasized that price hikes, hoarding and speculation cannot be allowed. Likewise, work will continue with some of the alternatives that have been dusted, such as having more than one option in the use of energy for baking bread in bakeries; animal traction in agriculture and garbage collection; and requiring drivers of state vehicles to collaborate with the transportation of the population.

"Regardless of these complications, the population has been affected as little as possible. The country has continued to function, we have not had to resort to blackouts and this shows that the best response has been given by the people," he concluded.