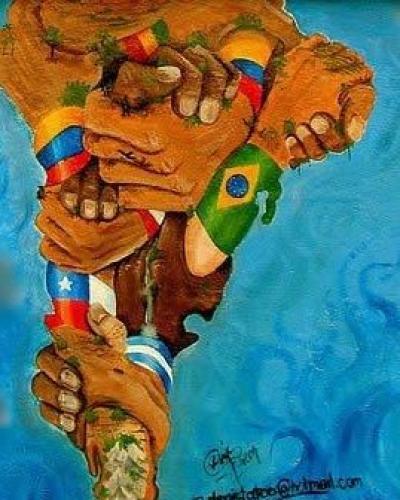 In statements to Prensa Latina news agency, the top Russian diplomat recognized that integration mechanisms in Latin America and the Caribbean are under the gun right now, due to Washington’s renewed crusade against regional nations and its constant interference in their internal affairs, coupled with the installation of some foreign-backed right-wing governments, intent on reversing social and economic gains attained during previous left-leaning, democratically elected governments.

The Russian foreign minister stressed that attempts to divide the region are best reflected in the withdrawal of some Latin American nations from another integration mechanism –the Union of South American Nations (UNASUR)--and the emergence of an alternative bloc, the so-called Forum for the Progress and Development of South America (PROSUR by its Spanish acronym).

PROSUR is formed by pro-US right-wing Latin American governments, seeking to advance Washington’s foreign interests in the region, particularly US policy toward Venezuela.

The Russian foreign minister urged that countries of South America come up with their own formulas and their own ways to solve their differences and advance regional cooperation and development, without interference from outsiders.

"Russia is willing and ready to develop mutually beneficial cooperation relations with all regional integration mechanisms. Moscow has always expressed its full support for a Latin America and Caribbean that is united and strong, politically and economically speaking," Lavrov said.

“Regional unity, not just in Latin America and the Caribbean, but in every part of the world, is the best and only way to build a multipolar world.”

He added that the Community of Latin American and Caribbean States, which groups all nations in Latin America and the Caribbean, is the best chance our peoples have to work together toward the needed unity and regional development.

Lavrov wished Mexico, which holds the rotating presidency of CELAC, success in resolving the existing differences among some member states. He said as soon as those internal differences are solved, Russia will establish a mechanism of dialogue and cooperation with CELAC.

In his statements to Prensa Latina news agency, Sergei Lavrov also proposed to expand CELAC’s cooperation with partners from other regions in such areas as space and natural disasters prevention, control and mitigation.