A black diamond in Havana 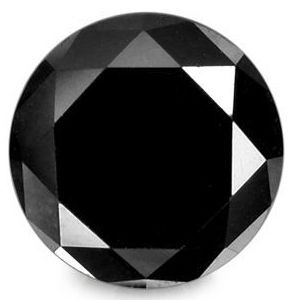 For the North American black movement “Black Lives Matter” the “Jewel in their crown” is a black woman, the radical revolutionary Assata Shakur, also known by the name of Joanne Chesimard, who has lived in Havana since the mid-1970s. century as a political asylee, as she was accused of killing a New Jersey state police officer when she escaped from a patrol car that was driving her under arrest on charges of being one of the leaders of the radical movement «Black Panthers.»

At that time – as it is now – relations between the governments of the United States and Cuba were going from bad to worse, which led the leader of the Cuban Revolution Fidel Castro to strengthen relations with the radical black movements of the United States in an adequate response to the support. that the government of Washington was lending to the extremist and terrorist groups of Cuban exiles who, like today, were trying to overthrow the government of the island with the military support of the United States. Thus, it was not surprising that Fidel Castro, who always had sympathy for the North American black movement, made Mrs. Assata Shakur the guest of honor of the Cuban Revolution.

At that time, also in the city of Miami, there were demonstrations of exiled Cubans angrily demanding a military invasion of the Marines to Cuba and bombings of Havana, as is now demanded by Miami mayor Francis Suarez.
It would have to be said that the so-called “Black Panthers” of yesterday have been reincarnated in the “Black Lives Matter” movement of today. With the difference that those radical blacks of that time belonged to the poorest ghettos of North American society, while the men and women of the black race who today lead “Black Lives Matter” are young intellectuals who graduated from the best black universities in the United States. United, and that in addition to that, many of them are well inserted in the Democratic administration of President Joe Biden.

In recent public statements and in the midst of the destabilizing riot orchestrated and clearly paid for with money from the United States government chaired by Joe Biden, the North American Black Movement “Black Lives Matter” offered its solidarity support to the Cuban government that President Miguel Diaz Canel Bermúdez, precisely at the time when Biden’s White House aligns itself with Trumpist Cubans in Miami in a desperate attempt to make the world believe that the government of Cuba is «A Failed State» as Mr. Biden said from the podium of the White House.

Cuba keeps its promises and commitments. «Black Lives Matter» also delivers. The one who has not fulfilled his electoral campaign promises on the Cuban issue has been President Biden.

Very annoying that Assata Shakur, the Jewel in the Crown ”from“ Black Lives Matter ”must be in Havana