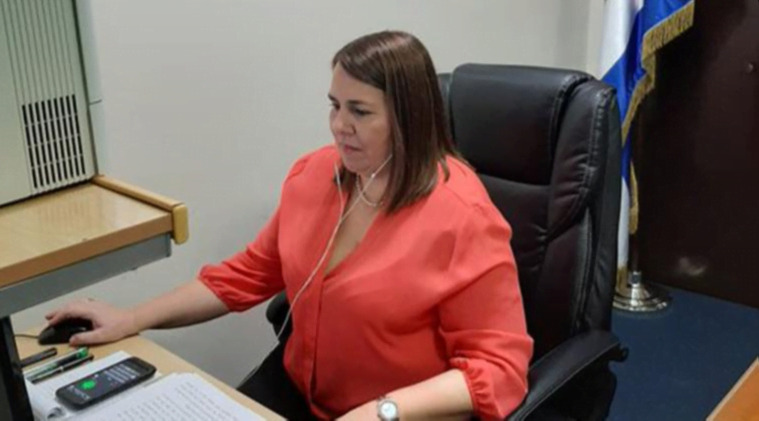 The world celebrates on December 10th International Human Rights Day, about which we talked to Ana Silvia Rodriguez Abascal, director of International Organizations of the Multilateral Affairs Directorate of the Cuban Ministry of Foreign Affairs.

The world celebrates on December 10th International Human Rights Day, about which we talked to Ana Silvia Rodriguez Abascal, director of International Organizations of the Multilateral Affairs Directorate of the Cuban Ministry of Foreign Affairs.

Cuba is a party to 44 of the 61 international human rights instruments, which places it in the group of States with the highest level of ratifications, which are the ones that attract the most analysis in international forums.

I would like to begin by saying that as a country we are proud of our performance in the promotion and protection of human rights, based on the profoundly humanist vocation of the Revolution, which we will continue to strengthen to ensure higher levels of enjoyment of these rights.

Our country has a high level of ratification of international human rights instruments. We are party to 44 of the 61 internationally recognized instruments, which places us in the vanguard among developing countries.

The indivisibility and interdependence of human rights prevents the debate from being simplified to one right or another; thus, the natural interconnection between all these issues does not allow us to determine which instruments are the most or least debated, nor can they be ranked in order of importance. For example, it makes no sense to talk about the right to work if the right to education has not been made minimally effective; the right to vote may seem unimportant to a person who has nothing to eat.

Therefore, each one generates controversy among the States Parties, promotes interactive dialogues with independent experts, the holding of high-level segments in which dignitaries discuss the issue, the holding of panel discussions, summits, high-level meetings, among other activities.

For example, at the United Nations General Assembly, the forum par excellence for multilateral debate on all international issues, several of these instruments are discussed during a session. In the International Labor Organization and its various bodies, those that are particularly relevant to the subject matter they regulate are analyzed; the same is true of the Human Rights Council and its treaty bodies, where the States Parties report periodically on their compliance with the obligations imposed on them.

We could say that in the fulfillment of the 2030 Agenda on sustainable development, focused on pro-human goals, Cuba is among the countries at the forefront despite the obstacles to development caused by the hostile policy of the United States.

For Cuba, compliance with the 2030 Agenda is a State commitment and a national priority. This is based, among other aspects, on the alignment of its 17 Sustainable Development Goals (SDGs) with the six strategic axes of the National Plan for the Economic and Social Development of Cuba until 2030.

Our country undertakes the implementation of the 2030 Agenda in the midst of the process of updating its economic and social model, in a context marked by the direct impact of COVID-19 and by the unprecedented tightening of the economic, commercial and financial blockade imposed by the United States, a policy that constitutes the main obstacle to the development of our country and the implementation of the 2030 Agenda for Sustainable Development.

However, the blockade has not prevented Cuba from advancing with determination in the fulfillment of the Sustainable Development Goals. In spite of the brakes posed by this policy, and thanks to the efforts made by the Cuban socialist state, our country boasts social indicators that are comparable to those of developed countries.

In this regard, the high institutional capacity of the country to provide a social protection network, which includes universal and free access to important social services, gender equity, citizen security and tranquility, respect for rights and social guarantees, with emphasis on care for vulnerable individuals and groups under the principle of leaving no one behind, stands out.