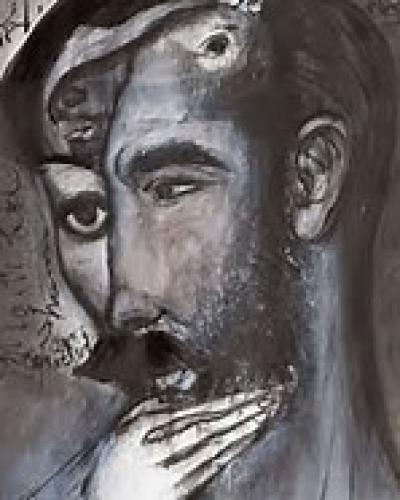 Over a half century later, as U.S. and Cuban officials met last week for historic talks to begin normalizing diplomatic relations, it was evident that trust remains the same: scarce. But this first step in the present détente augurs well for a process that will require patience and skillful managing of expectations in both countries.

Cuban Revolution leader Fidel Castro, addressing the University Students Federation, gave his support to talks with the United States in his first comments, after both countries agreed on December 17 to restore diplomatic relations.

In his message, the Cuban leader said that while he does not trust the policies of the United States, he also doesn't reject a peaceful solution to the conflict.

“I don’t trust U.S. policies,” Fidel Castro wrote, adding that he nonetheless supported negotiations about the countries’ differences through diplomacy.

“Many friends of Cuba know of the exemplary conduct of our people and I explain to them my essential position in a few words,” Fidel pointed out. “Defending peace is the duty of everyone. Any peaceful or negotiated solution to the problems between the United States and the people of this country or any people of Latin America that doesn't imply force or the use of force should be treated in accordance with international norms and principles.”

“We will always defend cooperation and friendship with all the peoples of the world, among them our political adversaries.” Fidel said: “The president of Cuba has taken the appropriate steps in agreement with the prerogatives and powers granted him by the National Assembly and the Communist Party of Cuba.”

President Raúl Castro, meanwhile, said in a speech on Wednesday at the CELAC meeting that the road to normalization will be long, as he listed a lengthy set of grievances, including the U.S. naval base in Guantánamo Bay and the sanctions against the island nation.

“We were able to advance in this recent negotiation because we treated each other with respect, as equals,” Raul Castro said.

Fidel's distrust comes to refresh our memories of Cuban National Hero Jose Marti's words at The Monetary Conference of the American Republics in 1891, New York.

“When a nation is invited to join in a union with another, the ignorant, bedazzled statesman might rush into it, young people enamored of beautiful ideas and lacking good sense might celebrate it, and venal or demented politicians might welcome it as a mercy and glorify it with servile words, but he who feels in his heart the anguish of the Patria, he who watches and foresees, must investigate and must say what elements constitute the character of the nation that invites and the nation that is invited, and whether they are predisposed toward a common labor by common antecedents and habits, and whether or not it is probable that the fearsome elements of the inviting nation will, in the union it aspires to, be developed to the endangerment of the invited one.

“In every invitation among nations one must look for hidden reasons. No nation does anything contrary to its own interests, from which it can be deduced that what a nation does is to its own advantage. If two nations do not share common interests, they can not get together. Should they do so, they would clash. A lesser nation, still in the throes of gestation, cannot safely join forces with those seeking a remedy for the excess production of a compact and aggressive population, and a drainage for their own uneasy rabbles, in a union with the lesser nations.

“The political acts of true republics are the composite result of the elements of the national character, the economic needs, the party needs, and the needs of the politicians at the helm. When one nation is invited to join another, ignorant and bewildered politicians would be able to do so hastily, young people entranced with beautiful ideas would praise it injudiciously, and venal or demented politicians would receive it as a favor and glorify it with obsequious words.

“But he who feels in his heart the anguish of his country, he who is foresighted and vigilant, must make inquiries and be capable of telling what elements make up the character of the host nation and the guest nation, and whether they are predisposed to the common effort because of common antecedents and customs, and whether or not it is probable that the dreaded elements of the host country could develop in the union envisaged by it, at some risk to the guest country.

“He must inquire into the political forces of the country extending the invitation, as well as into the interests of its parties, and the interests of its men at the moment the invitation is extended. Whoever reaches a decision without prior investigation, or desires the union without knowledge, or recommends it merely because of some enticing words and bewilderment or defends it because of his puny provincial soul, will damage America.

“At what precise moment was the International Monetary Commission convened and subsequently held? Does it turn out from it, or not, that the American International policy is, or is not a banner of local politics and an instrument of party ambition? Has the United States itself given this lesson to Spanish America, or has it not? Should Spanish America ignore it or profit from it?

“When life is shared, ideas and customs must be shared. For those who must live together, it is not enough for their objectives in life to be the same, but their way of living must be so as well. Otherwise they fight and scorn, and hate each other for their differences in their manner as they would for their differences in their objectives. Countries without common methods, even when their goals are identical, cannot unite to achieve their common purposes through identical means.

“Until the United States knows more about Spanish America, and respects it more,-although with the incessant, urgent, and wise explanations of our people and resources it could come to respect it - can this country invite Spanish America to a union that would be honest and useful to Spanish America.

“All that brings man closer together and makes life more moral and tolerable must be desired and helped to become a reality. All that brings nations together must be realized.

"All nations should meet in friendship as often as possible, to gradually replace the forever-dead system of groups and dynasties with the system of universal growth, regardless of the language of isthmuses and the barriers of oceans." "Every nation's door should be kept open to the enriching and legitimate freedom of all nations. The hands of every nation should be kept free to develop the country without restrictions and according to its distinctive nature and its own elements."

With many people in both countries skeptical about the merits of a thaw, Cuban and U.S. officials will need to be practical and patient as they begin to untangle a toxic relationship laden with five decades of acrimony, resentment and mistrust. Given the enthusiasm and expectation the new era has sparked among ordinary Cubans and Americans alike, allowing the détente to collapse would be a loss for both sides.