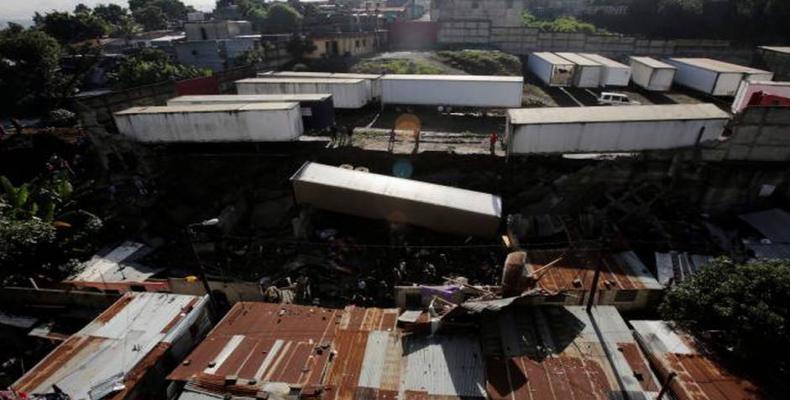 Guatemala City, September 9 (RHC)-- At least 10 people have been killed in a mudslide caused by heavy rains in a southern Guatemalan town, emergency officials reported, adding that at least one other person is missing.

According to the Volunteer Firefighters, two children are known to be among the fatalities in the incident, which occurred in the community of Santa Isabel II, located in the municipality of Villa Nueva.  Emergency workers are trying to locate another child, who is still missing.

Municipal officials said that recent heavy rains caused a hillside where heavy vehicles were parked to give way and that, in turn, caused a concrete wall and a dumpster at the site to fall onto several homes.  A Villa Nueva spokesman said that nine homes were damaged or destroyed.

The United Nations says that Guatemala is one of the countries most vulnerable to the effects of climate change.