Death Toll from Indonesia Floods and Landslides Climbs to 26 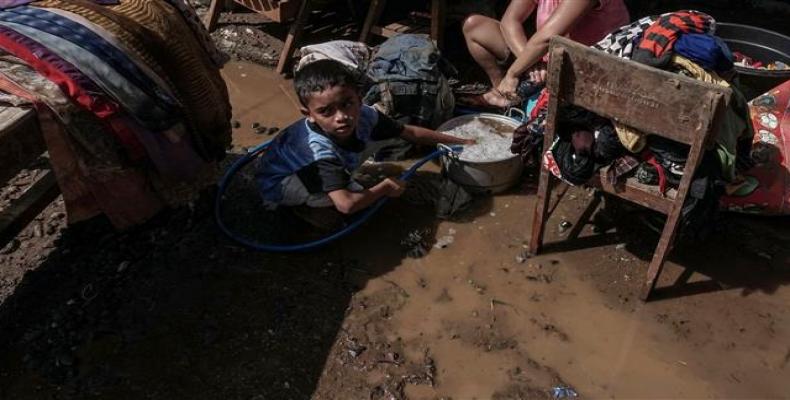 Jakarta, September 22 (RHC)-- The death toll from a series of recent landslides and flash floods in western Indonesia has reached 26, officials say.  According to a statement by head of Indonesia’s National Disaster Management Agency (BNPB) Willem Rampangilei on Thursday, hopes are disappearing for 19 other people who have gone missing.

Following heavy rain late Tuesday, 23 people were killed and 18 others went missing in the Garut district of the West Java Province due to a raging flood.

Three other people lost their lives and one went missing in the Sumedang district in the same province when an avalanche of mud flattened some homes in a village.

On Wednesday, officials had announced a lower death toll but said they expected the figure to rise.  Temporary shelters and makeshift kitchens have also been set up to help the over 400 people who have gone homeless in the wake of the floods and landslides.

Each year, torrential rains during the monsoon seasons, first from January to March and then from October to December, frequently trigger widespread flooding across most parts of Indonesia.

In June, some 50 people lost their lives when heavy rains sent torrents of water, mud and rock rushing into rural communities in Central Java.