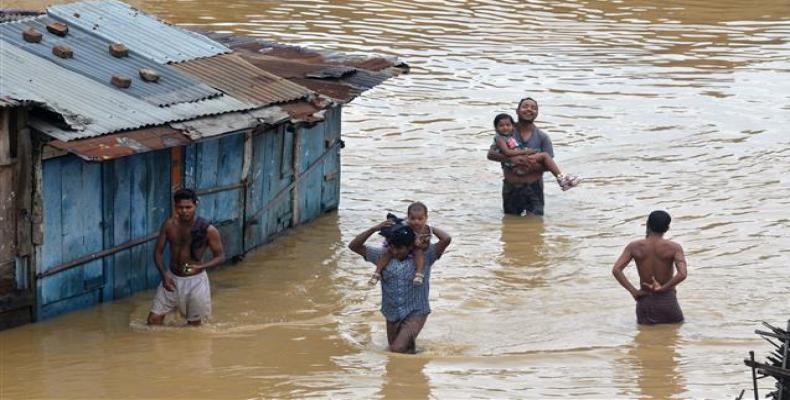 New Delhi, July 7 (RHC)-- Indian officials have updated the death toll from flash floods that have hit the northern regions of the country in recent days, saying at least 40 are feared dead following the heavy downpours.

According to reports, the official toll from the floods is still 18, including 15 from the city of Pithoragarh.  The figure is expected to rise, with two remote districts of Chamoli and Pithoragarh yet to report in.  Local residents say that landslides triggered by heavy downpours blocked hundreds of roads in rural areas.

Flash floods have also affected neighboring Pakistan with reports suggesting that at least 43 have been killed in the Chitral district in northern Pakistan.  Houses and mosques were damaged in the floods as local officials said several people, among them women and children, were killed during special Ramadan evening prayers in the local mosque.