The Train for Peace performs in Santiago 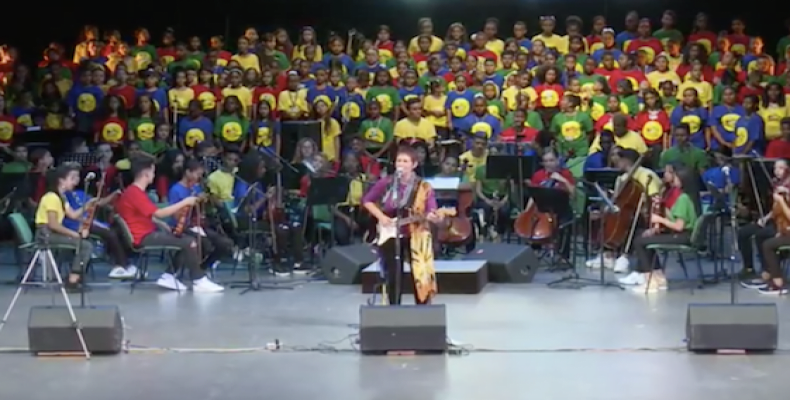 Santiago de Cuba, November 1 (RHC)-- The Train for Peace, a project by South African teacher Sharon Katz debuted at the  Heredia Theater with love songs to transcend borders and differences.

The project that brings together several countries around the world is participating at the 33 International Choir festival Electo Silva In Memoriam, which will end this Sunday.

Sharon Katz led with her voice and guitar, the choir that sang for an hour and a half songs in Spanish, English and native languages, in a dynamic spectacle, full of color and messages.

Pictures of the presentations of the 'Train', one of them featuring Katz with South African leader Nelson Mandela after his release after many years in prison, paraded across the screen.

Students from the José María Heredia Vocational School of Art and the Orfeon Santiago choir took part in the concert, which began with the song dedicated to Mandela by Cuban song-writer Pablo Milanés.

The repertoire was filled with messages of humanism and nobility, of rapprochement between peoples and calls to transform the evils that afflict the planet, one of which came from the piece “We can be the change we want for the world.”