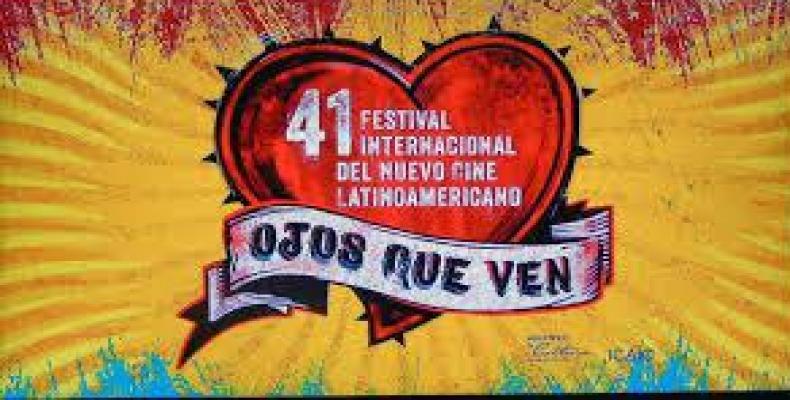 Out of the 300 films that will be screened, 21 fiction feature films will compete for the Coral Awards, including 19 short and medium-length films, 18 movies made by a director for the first time, 31 documentaries, 23 animated films, 35 unpublished scripts and 30 posters. Characters like the Cuban Five, Maradona or Julián del Casal will fill the screens beginning next week.

According to Festival Director Iván Giroud, the event is a testimony of Cuba’s and Latin American’s current film reality. Ten 23rd Street circuit movies theaters are set to open their doors at different times of the day, including Acapulco and Infanta. The opening will be at Havana’s Karl Marx Theater on December 5 at 6 pm with a gala by the Cuban National Ballet Company to honor Prima Ballerina Assoluta Alicia Alonso, who recently passed away. Following that will be Argentinian film ‘La Odisea de los Giles’ (The Odyssey of the Giles) by director Sebastián Borensztein. Cuban filmmaker Manuel Pérez will receive a Coral Award of Honor, in addition to the collateral awards that will be given in the current edition.

Standing out among the films to be screened are ‘Busca a Casal’ (Looking for Casal) by Jorge Luis Sánchez González, which tells the story of nineteenth-century Cuban poet Julián del Casal, who has the nerve to confront the island’s top power, publishing an ironic article about the island’s Captain General. The Spanish Governor immediately reacts by making Casal’s life impossible, using the lowest resources to achieve the poet’s annihilation; however, Casal, facing doubts and defeats, ends up defending his freedom until the last consequences.

‘Red Avispa’ (Wasp Network), a 2019 co-production among France, Brazil, Spain and Belgium, by Oliver Assayas, with the participation of Penelope Cruz, Gael García Bernal and Ana de Armas is another movie to be screened. It tells the story of the Cuban Five arrested in the United States in 1998. The story takes place in Havana in the early 1990’s, when Cuban pilot René González steals a plane and runs away from Cuba, leaving behind his beloved wife and daughter to start a new life in Miami. Another four Cubans soon follow suit to create a network whose mission is to infiltrate violent organizations responsible for terrorist attacks on the island. The film also involves Cuban actors René de la Cruz, Iris Pérez and Omar Ali, and a great production team from the Caribbean island.